The Independent News
Home News Featured News How many times has our reserves been used in the past?

How many times has our reserves been used in the past? 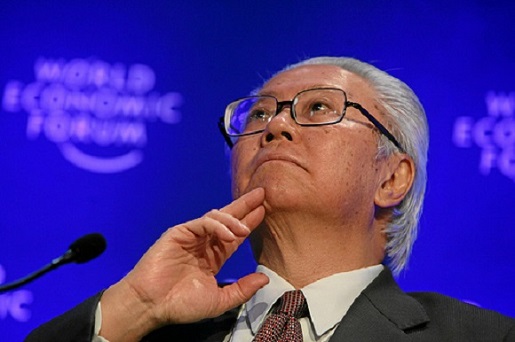 The majority of Singaporeans would agree that the most important role of our elected president is to‘jaga’ the hundreds of billion$ in our past reserves.

Since DPM Tharman’s response to former NMP Lina Chiam’s question in 2013, billions have already left our reserves vault. But how come no sound, no shadow from President Tony Tan, our jaga? Is he serving his political party or Singaporeans?.

Besides land reclamation, SERS, redevelopment of Paya Lebar Air Base, etc the mother of all mega projects of this century is the construction of Tuas mega port. Billions will eventually be used: land reclamation of Phase 1 alone was reported to cost more than $2.4 billion**. Additional billions will add to the full cost of Phase 1 but so far, nothing has been heard from our jaga.

MPs, if they truly represent the people, should act responsibly and not be sleeping in bed with the jaga. Very unhealthy for the country. Just provide some simple facts and figures. Nothing as complicated as NAC’s rubbish centre.

The conversion of land assets back to financial assets, ie return of past reserves, will take probably a decade in the case of Tuas mega port. This is because reclamation will be only completed by the early 2020s.

Whether Tuas mega port will prove to be a runaway success remains to be seen. Should Thailand’s Kra Canal become a reality, our multi-billion project may just end up a white elephant.

We should also be mindful of costs overrun, as has been confirmed by our scholars’ track record. There will be repercussions such as the misallocation of budget, eg for social causes. Some instances of PAP’s overspending, excluding $283 million on YOG:

Hmm … how come never heard of benefit overrun by MCCY?

Just a few questions for our jaga:

– How much was requested each time?

– Which other PAP member/s was in the loop?

– How much will not be returned?

DPM Tharman has given the impression that past reserves will be returned in full after converting land assets back to financial assets. However, this is not possible in every case. For example, money could be returned after HDB flats are sold in the case of SERS but not possible in cases of cost overruns.

Where the Tuas mega port is concerned, payback is likely to take a decade or longer. After prime land has been freed up, it needs to be developed into residential/commercial property. The PAP also needs time to increase the population to above 6 million or there will be no occupants for the newly developed property.

It’s impossible for Jaga Tony not to have used his second key: he has handed billions in past reserves, numerous times, to PAP. However, I find it strange that he has conveniently forgotten his obligations to taxpayers, his real paymaster.