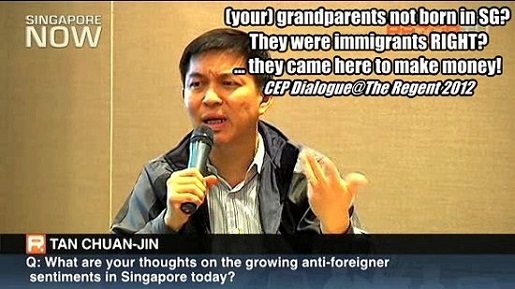 A former HR practitioner – who later became a businessman and stood in the past two General Elections – shares his thoughts about the flaws of the government’s Jobs Bank portal.

Osman Bin Sulaiman said in a Facebook post that the portal was ineffective since “employers were able to include their emails [details] on the advert itself”.

This would thereby allow foreign job seekers to apply directly to employers” even though a SingPass ID is required for locals to apply for a job on the portal.

He added that he has contacted the Ministry of Manpower on this issue but has not received a reply.

The national Jobs Bank portal was launched in 2014 and is meant to supplement the Fair Consideration Framework under the then Minister for Manpower Tan Chuan-Jun.

Under the framework, companies with more than 25 people to advertise their job vacancies on the website for at least 14 days before employing for an Employment Pass.

However, such measures are not as strict as labour laws in countries such as Australia and Canada.

For example, an Australian employer has to first demonstrate that they are committed to hire local labour before they are entitled to apply to sponsor a skilled 457 class work visa.

On the other hand, the applicants have to meet stringent criteria relating to educational qualifications, health and character requirements, and language ability.

In contrast, some statutory boards in Singapore have openly defended their employees who have been flagged out as obtaining postgraduate qualifications from a degree mill.Follow us on Social Media