Ex-policewoman dies after being bitten by pet hamster 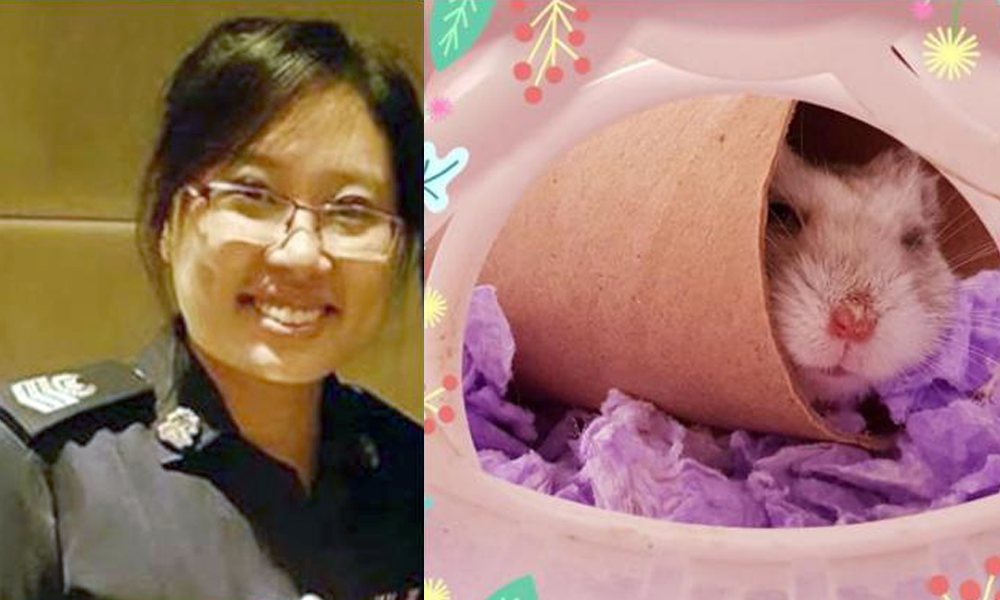 A former policewoman passed away unexpectedly last week after she was bitten by one of her pet hamsters. The mother of three daughters, between the ages of 2 and 10, had been trying to separate her two beloved pet hamsters that were fighting when one of the creatures bit her thumb.

The 38-year-old, Mdm Tan, later complained that she had numbness in her hand and her tongue. Mdm Tan was conveyed to a local hospital where she slipped into a coma and died last Friday (25 May).

Mdm Tan’s untimely passing is especially devastating since she was very fond of hamsters and frequently posted photos of her two hamsters on her Facebook page.

According to the Chinese daily, the cause of Mdm Tan’s death remains uncertain since an autopsy is pending. Doctors claim that it is rare for people to die from hamster bites since hamsters do not produce venom. One family doctor told the daily that Mdm Tan could possibly have died due to an allergic reaction to the bite, triggered by a pre-existing condition.Follow us on Social Media