The Independent Singapore News
Home News Featured News Ex-GE candidate: SDP could win a seat at the next election with...

Ex-GE candidate: SDP could win a seat at the next election with the “much calmer Chee Soon Juan” and Paul Tambyah

Gilbert Goh wrote that "a much calmer Dr Chee now may have finally find enough support from Singaporeans ready to throw caution to the wind and vote in the veteran politician." 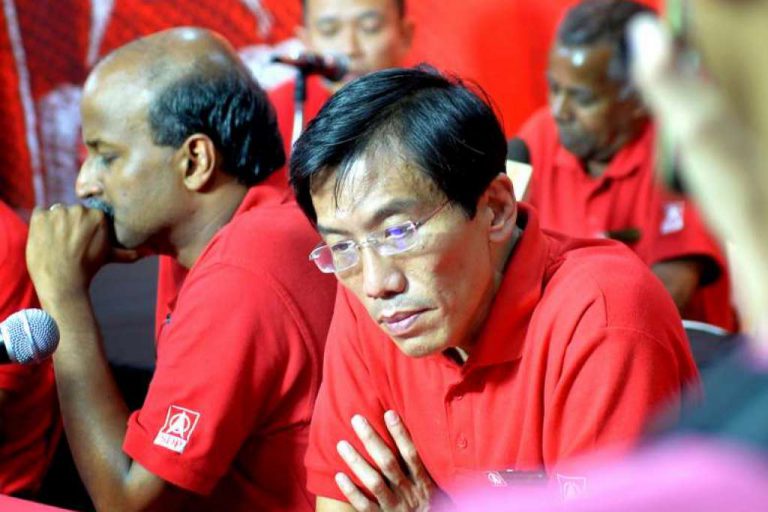 Noted socio-political activist and former General Election (GE) candidate Gilbert Goh has predicted that the Singapore Democratic Party (SDP) could finally win a seat at the next GE, with the “much calmer Chee Soon Juan” and Paul Tambyah.

As an undischarged bankrupt, Dr Chee became ineligible to stand in general elections and was required to seek the Official Assignee’s permission before making any trips abroad.

On 23 November 2012, Dr Chee was formally discharged from bankruptcy in court. This allowed him to travel freely outside of Singapore, as well as stand in future General Elections.

Dr Chee stood as a candidate under the SDP ticket in the 2015 General Election and the 2016 Bukit Batok by-election but lost both elections.

In an article published on transitioning.org – the support site he runs for unemployed and underemployed Singaporeans – today (18 July), Mr Goh indicated that Dr Chee could win the polls since he seems “much calmer” today.

Pointing to the perception in the past that Dr Chee was a “confrontational” politician, Mr Goh wrote that “a much calmer Dr Chee now may have finally find enough support from Singaporeans ready to throw caution to the wind and vote in the veteran politician.”

He added that there are murmurs from certain quarters that the SDP could strategically choose to contest two Single Member Constituencies (SMCs) in the next GE – one for Dr Chee and the other for the party’s chairman, Dr Paul Tambyah.

Calling the SDP the “second dominant opposition party” in Singapore after the Workers’ Party, Mr Goh said that he hopes the party will finally make it to Parliament.

He added that he fears that the party might gradually decline from opposition politics if it fails to clinch a seat at the next GE.

Mr Goh has experience working with local opposition parties, himself. He rose to prominence in 2011 when he contested Tampines GRC under the National Solidarity Party ticket in that year’s General Election (GE).

In the 2015 GE, Mr Goh ran as part of the Reform Party’s team contesting Prime Minister Lee Hsien Loong’s own ward, Ang Mo Kio GRC. Mr Goh and his colleagues lost both the 2011 and 2015 GEs.

Mr Goh is perhaps most well known for the protests he organises, championing the rights of Singaporean workers. His most famous protest could be his stand against the government’s 2013 Population White Paper that targeted a 6.9 million resident population. -/TISGFollow us on Social Media