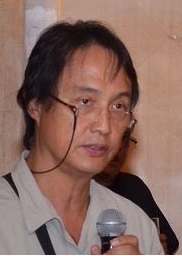 An online publication run by the former Reform Party candidate, Alex Tan (who is now based in Australia), has published an article claiming the transport company “SBS made S$1.02 billion profits from collection of public transport fares“.
The news however is misleading. SBS’s Financial Report shows that the transport company made a profit of $25 million, not $1 billion as claimed by the publication.

$1 billion is actually the revenue of SBS. After taxation and other finance costs, their operating profit of $25 million shrinks further. The actual profit made by the transport company is $16 million.
Former chief economist of the Government of Singapore Investment Corporation (GIC), Yeoh Lam Keong, linking the misleading article on his Facebook, commented that it “makes no sense for key public transport companies to be publicly listed”.
He said whether it is bus, rail of taxi companies, “the priority (should be) in terms of fare affordability, breakdown and maintenance and facility investments” which puts the interest of the commuting public first – not shareholders.
Mr Yeoh said that “this is crucial in Singapore where the cost of car ownership is prohibitive for 80% of the population”.
“Unfortunately, at the moment we have a hybrid for bus and rail that is the worst of both worlds – getting huge government subsidies but still answerable to shareholders and profits first!” he added.
“While public transport services are improving, we are still far from the world class levels of efficiency and affordability of Hongkong,” the ex-chief economist of GIC lamented.
Mr Yeoh’s comments based on the misleading article has come under criticisms in his own Facebook.
Mr Yeoh Lian Chuan commenting on the post said, “Keong – as a public intellectual, you do need to quote sources which are credible and factually accurate and not way, way off…Statestimes’ assertion that SBS made $1b in profits – but paid only $2m in taxes – is sheer nonsense, and perhaps best not to dignify it by quoting them?”Follow us on Social Media