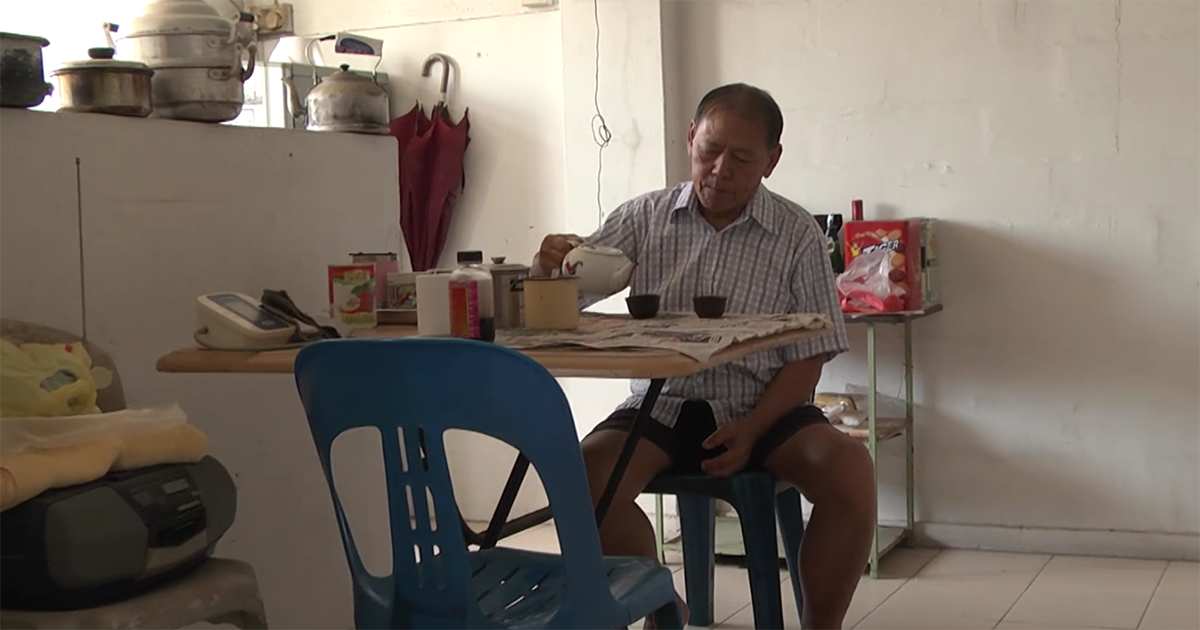 An elderly Singaporean is living out his last days alone, after doctors told him he has only two months left to live. Heartbreakingly, the retired taxi driver who appears to be in his 60s or 70s told the Chinese daily recently that he has come to accept death as inevitable.

Speaking to reporters in a video interview, the elderly man Yu Pei Lai said: “Everyone dies. No matter how healthy you are, you will still die eventually. So there’s no need to think of it as a big deal. Us dying is the same as ants and birds dying.”

Yu has been suffering from diabetes for a long time, after having been diagnosed with the disease some 30 years ago, but his health took a turn for the worse when his kidneys began failing a couple years ago.

Sharing that he did not see any visible improvement among his friends who underwent dialysis, Yu revealed that he decided to forgo treatment and only uses medication to manage his condition.

To make things worse, Yu suffered while he was working seven years ago. Yu had just dropped off a passenger in his taxi and had been accepting payment when the cash slipped from his hand. He described that though his eyes registered the movement, he did not sense the money slipping from his hands.

Today, Yu leads a lonely life. Having never been married and not having had children, Yu lives out his last days alone.

Further, things that most other people do with ease is difficult for Yu, like buying food since he can only walk about ten steps before he needs to take a rest.

Yu added that although he thinks death is part and parcel of life, sometimes he can’t help but feel lonely. The retiree added that he feels loneliest when he visits the doctor on his own.

Sharing that he has made preparations for his inevitable death, Yu revealed that he has decided against having a funeral after his death since there he has no one, other than some friends and relatives. Yu added that even the dead are unable to see their own funerals and so, there is no point to hold one.

Instead, the elderly man plans to donate his body after his death for educational and research purposes.Follow us on Social Media