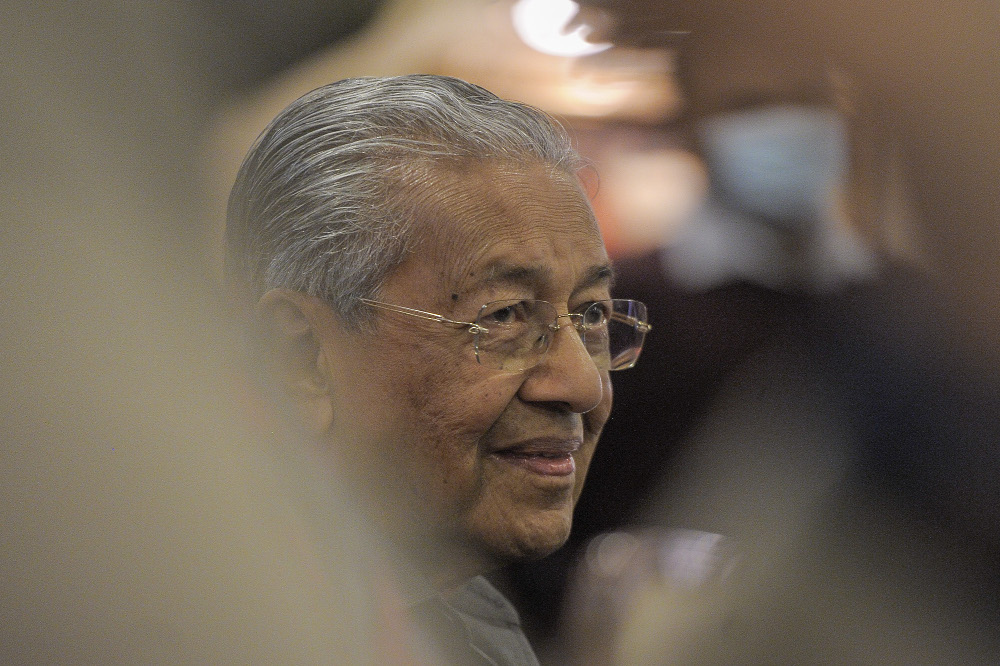 KUALA LUMPUR — Former prime minister Tun Dr Mahathir Mohamad has urged Malaysians to take the fight against the Covid-19 pandemic more seriously, lest further complacency leads to more loss of life that could have been prevented.

He said that Putrajaya has claimed to have spent over RM600 billion in the fight against the pandemic.

“If so, we should have the capacity to deal with the pandemic, but obviously, we do not. We must know why, as RM600 billion is a lot of money. It is not easy to spend that money in such a short space of time,” Dr Mahathir said in a post on his blog chedet.cc.

Regardless of why Covid-19 is flaring up in Malaysia, he said it must be accepted that dealing with it and attempting to reduce the number of new cases will cost a lot of money.

“It is right to reintroduce the movement control order (MCO), but now, we are far less strict in its implementation. We need to confine people to their homes, and there should not be any excuse for crowds to form.

“Self-isolation must be applied even among the frontliners. Confining people at home means they will have no money and no food, so the government must accept the responsibility of keeping people alive,” Dr Mahathir said.

The Langkawi MP suggested that for food, there should be public kitchens where it can be prepared, packaged and delivered to homes.

“It is important that the quarantined people should not come out to collect the food at the kitchens, as this will cause crowds to gather.

“Couriers should be recruited to deliver the food to the houses. There should be no contact between the delivery riders and householders,” he said.

Dr Mahathir also advocated for hotel kitchens to be utilised to prepare and package the food.

“The home quarantine should be for at least one month. The police and the military should be very strict in ensuring the people do not come out to shop or do anything.

The vaccination process must also be accelerated, as Dr Mahathir said whatever vaccine that had been used in other countries extensively should be accepted here as well.

“Special effort must be made to get kampungpeople to be vaccinated, while masks must be worn and hands washed all the time. Frequent tests should be carried out to ensure all infected people are identified and quarantined.

“In many countries, even the first vaccine jab can help to reduce the number of new cases. But even those who had the vaccine need to be tested again and again,” he said.

Dr Mahathir recounted the development of Covid-19 in Malaysia since early last year, noting the pandemic is peculiar because it prevents normal work from being done and requires people to distance themselves from each other.

“The necessary lockdown means no income, and for many, no food even. Yet the lockdown is perhaps the only way to prevent exposure to the virus and infection, which may mean death.

“When it first hit us, the whole country had to accept total movement control. There were no cars on the streets and no pedestrians,” he said.

After a month, Malaysia congratulated itself on the success of the measure, as new cases at the time were in the two digits and deaths did not exceed 10.

“We became overconfident, as we believed we knew how to manage the pandemic. And we held elections in Sabah.

“Since then, we have seen increases in the number of cases to frightening levels. At the peak, there were more than 6,000 cases a day. We did not learn anything,” Dr Mahathir said.

When Ramadan commenced last month, he said the customary bazaars, which are enjoyed by everyone and used by traders as a means to make extra income, were not banned by the government out of fear of being unpopular.

“They must know the crowds would be uncontrollable. Sure enough, as soon as the bazaars opened, the cases increased.

Dr Mahathir said that whatever may be the immediate cause of the spike, the urgent need is still to reduce the number of new cases.

“We are definitely going to be short of beds, apparatus and even oxygen if the numbers double,” he said.Follow us on Social Media