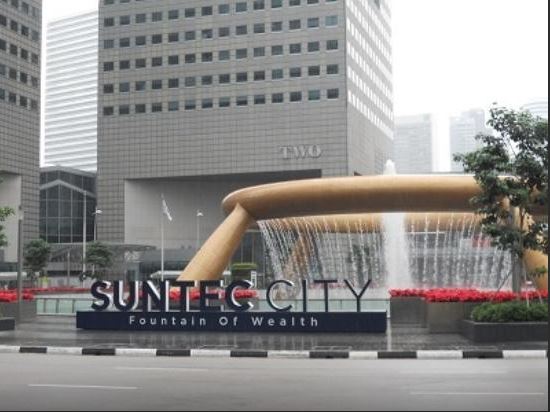 The Fountain of Wealth at Suntec City was hit by a car on the third day of Chinese New Year.
An eyewitness told a local news channel that “the car just lost control and went up the kerb and hit the sign of the Fountain of Wealth”, at about 5.20pm, just as he was passing by the area.
A car travelling along the roundabout at Suntec City mounted the kerb near the Fountain of Wealth today afternoon (Feb 10).
The driver of the car had apparently passed out upon impact. An ambulance arrived in about 15 minutes and was assisted by the management and security of the shopping mall.
A spokesman for Suntec City described the incident as a “minor traffic accident”, and that there were “no property damage”.
A picture accompanying the news of the incident showed a car with the license plate number of SKV150D at the accident site.Follow us on Social Media