This morning, Lee congratulated Dr Tan and his new opposition party, the Progress Singapore Party. He added: “I have known Cheng Bock for many years and he has consistently put the interests of the people first. We are fortunate that he has stepped forward to serve Singapore. 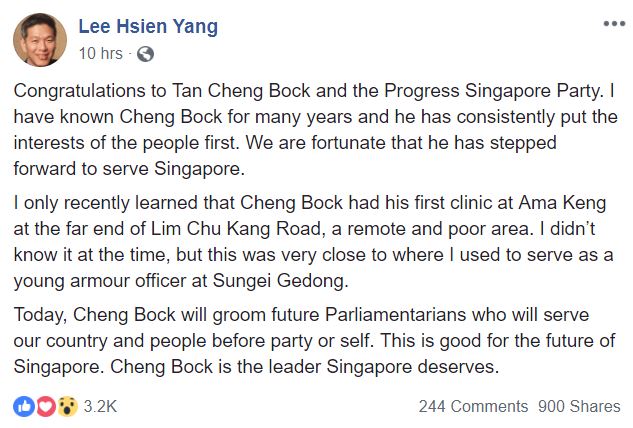 The meeting gained intense attention. While Lee told the national broadsheet, “We were just here to have breakfast,” when approached for comment, Dr Tan revealed on his Facebook page that they spoke about the “current state of politics in Singapore.”

Responding to Lee’s latest Facebook post, several Singaporeans have expressed their respect for Lee and asked him to join Dr Tan and his new party. Asserting that they are counting on him, these netizens urged Lee to contest the next election for the sake of the nation: 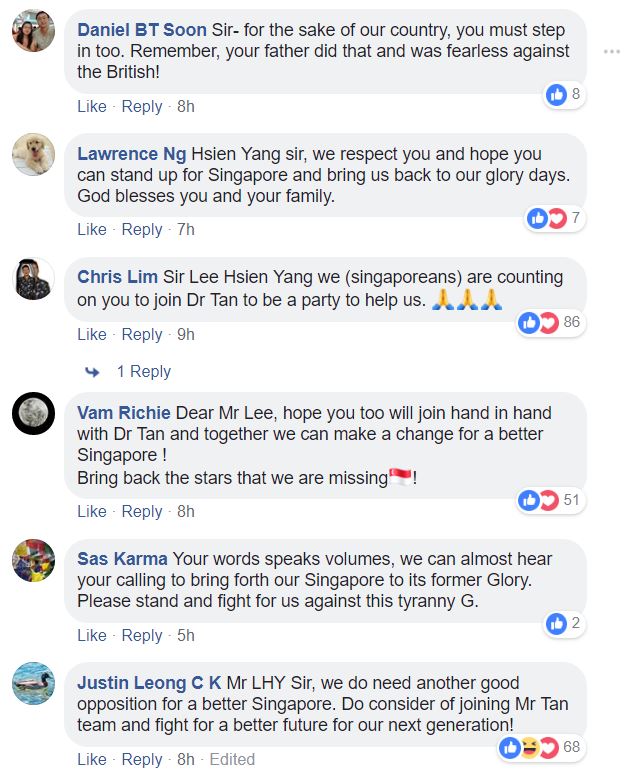 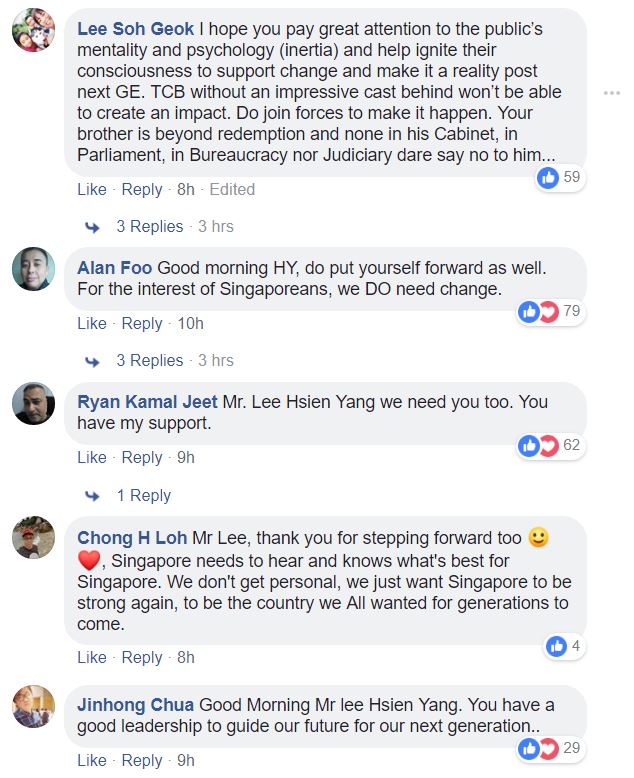 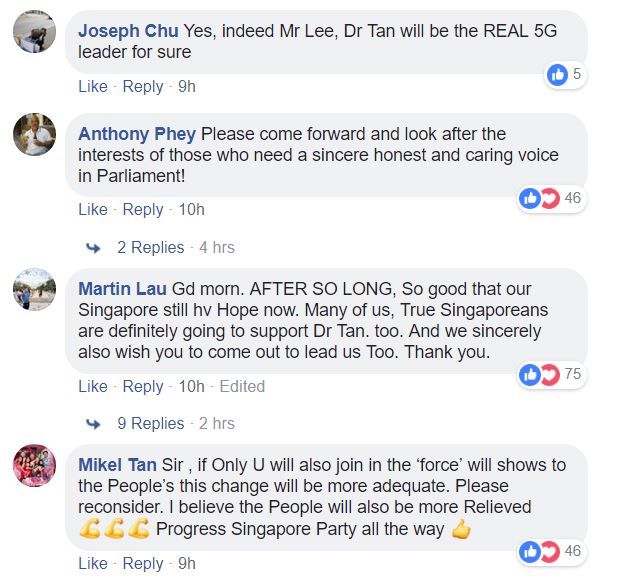 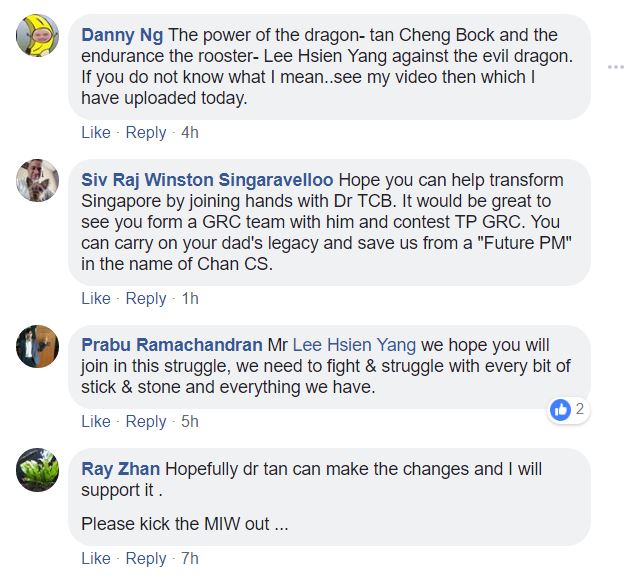