Bigg Boss 14: Salman Khan jokes he will return for next season only if he gets a 15 percent raise

What will it take to get Salman Khan to return to Big Boss's next season? 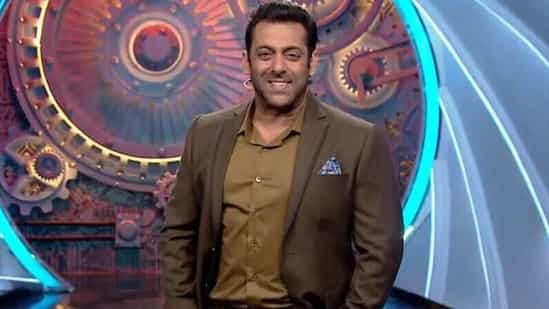 India — Host of ongoing reality show Bigg Boss 14, Salman Khan, has said he will return for the next season of the reality show, adding, he’d do so only if he gets a raise of at least 15 per cent.

He was speaking on Saturday’s Bigg Boss 14 Weekend Ka Vaar about the season finale that is scheduled for the coming weekend.

Salman added, “But life goes on, show goes on. Ye show khatam hoga to fir apan Pathan pe chalenge, Tiger pe chalenge, Kabhi Eid Kabhi Diwali pe Chalenge, Aur tab tak, 8 maheene me Bigg Boss season 15 to aa hi jaega. Aur wo aega to aap to aoge hi aoge, ye to guarantee hai. Mai to aunga hi aunga. Agar mera 15 taka badha diya inlogo ne to! (After this show ends, we shall move on to Pathan, Tiger and Kabhi Eid Kabhi Diwali. By the time those will end, some 8 months later, it will be time for Bigg Boss to return with Bigg Boss 15 and if that returns, your return is also guaranteed. I will also return, if they offer me a 15% raise)!”

Ahead of Bigg Bopss 14 last year, a report revealed that the actor was paid Rs.2.5 crore per episode from seasons four to six of the show and his fees was doubled to Rs.5 crore for season 7. Reports had also claimed that Salman was given Rs.2 crore per episode for Bigg Boss 13.Follow us on Social Media