According to the court filings, “Pitt choked one of the children and struck another in the face” and “grabbed Jolie by the head and shook her”.

Angelina Jolie recently revealed the latest details about the physical abuse she went through during her marriage to Brad Pitt.

The Hollywood actress shared new details about the 2016 plane ride where Pitt allegedly abused her and their six children.

Filed by Jolie’s lawyers in Los Angeles, in the latest countersuit, it is believed that the couple’s marriage ended after a series of “physical and verbal outbursts by Pitt in September 2016 as the couple and their six children flew from France to California”. 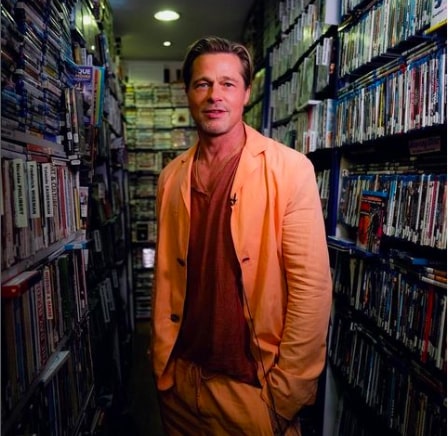 According to the New York Times, which had access to the court filings, “Pitt choked one of the children and struck another in the face” and “grabbed Jolie by the head and shook her”.

In the 2016 plane ride from France to California, Pitt’s physical and verbal abuse led Jolie to file for divorce days after the trip. The assault was investigated by federal authorities, who have jurisdiction over flights. The FBI refused to bring criminal charges.

“After reviewing the document, representative of the United States attorney’s office discussed the merits of this investigation with the case agent,” the New York Times report said. “It was agreed by all parties that criminal charges in this case would not be pursued due to several factors.”

There is a cross-complaint as part of the current legal battle over Chateau Miraval, a French winery that is owned by both Jolie and Pitt. Jolie’s lawyers said that the actress is willing to sell her part but negotiations for Jolie to sell her share of the winery to Pitt broke down over Pitt’s demand that she sign “a nondisclosure agreement that would have contractually prohibited her from speaking outside of court about Pitt’s physical and emotional abuse of her and their children”.

The court filings include details account from the actress about the instances of “physical abuse”.

“Pitt grabbed Jolie by the head and shook her, and then grabbed her shoulders and shook her again before pushing her into the bathroom wall,” the filing states according to the report. “Pitt then punched the ceiling of the plane numerous times, prompting Jolie to leave the bathroom.”