At the time of his arrest he was only 32 years old and his son was just 5 months old. He was released from political detention on 6 September 1982 at the age of 51 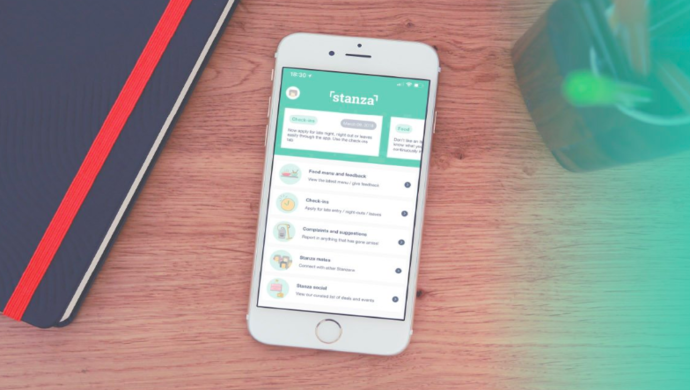 Local activists are organising a memorial gathering for Singapore politician and freedom fighter Dr Lim Hock Siew, who was detained without trial for two long decades.

Dr Lim was born in Singapore, the second of 10 children, to a poor fishmonger. He attended the Rangoon Road School and then the Raffles institution, before studying medicine at the University of Malaya.

At university, he was a committed founder-member of the University Socialist Club (USC) and a leader of the university’s student union. In 1953, he met former Singapore Prime Minister Lee Kuan Yew, then a young lawyer helping to defend eight USC students charged for sedition by the British.

They won the case and the USC rallied behind Lee Kuan Yew and his associates when they formed the People’s Action Party (PAP) in 1954. Dr Lim was a member of the PAP from its inception until 1961, and as its member campaigned in the 1955 and 1959 Singapore general elections.

On 26 July 1961, 13 left-wing PAP assemblymen who had abstained in a crucial vote of confidence for the government held five days earlier were expelled from the PAP. Dr Lim left the PAP of his own accord and resigned from his government service doctor post in 1961.

In the same year, he became a member of the Barisan Sosialis, a now-disbanded party which was formed in 1961 by the 13 expelled PAP assemblymen and 6 prominent left-leaning trade unions leaders. The Barisan Sosialis officially disbanded in 1988.

On 2 February 1963, along with over 110 other leftists and unionists, Lim was arrested during Operation Coldstore, a massive security crackdown ordered by the government and targeted at communists and alleged communists. Immediately after his arrest, he was detained without trial indefinitely under the Internal Security Act.

At the time of his arrest he was only 32 years old and his son was just 5 months old. During his two-decade-long detention at Changi Prison, he constantly refused to repudiate his political beliefs despite being given every opportunity to do so.

About 9 years into his detention, he was asked to sign a statement committing to support the democratic system in Singapore, and not to participate in politics. He refused, pointing out that the two demands were contradictory: if a democratic system really existed in Singapore, then there would be no reason for him to be deprived of his right to participate in politics.

He was released from political detention on 6 September 1982 at the age of 51 and was Singapore’s second-longest-serving political prisoner after Chia Thye Poh. In 1980, Amnesty International issued a public statement naming Dr Lim as a “prisoner of conscience.

After his release from detention, Dr Lim worked at the Rakyat Clinic along Balestier Road as a general practitioner, together with Dr Abu Bakar. He not only dispensed free medicine for poor patients, but also gave them transport money to go home.

Dr Lim passed away on 4 June 2012 after suffering a fatal heart attack. He was survived by his wife, a son and daughter-in-law, and a grandson.

On Dr Lim’s seventh death anniversary on Tuesday (4 June 2019), local group Function 8 revealed that it is organising a memorial gathering, scheduled for 3 July, in honour of Dr Lim.

Calling Dr Lim “one of the great English educated leaders of the opposition much feared by Lee Kuan Yew,” Function 8 wrote that Dr Lim was “an effective organiser, writer and eloquent orator, his skills combined with his intellect easily matched that of Lee.”

Calling Dr Lim the group’s mentor and leader, Function 8 member and fellow political detainee Teo Soh Lung recalled: “To know Dr Lim Hock Siew is to know the political history of Singapore and the meaning of Lord Acton’s words: “Power corrupts and absolute power corrupts absolutely”. I never fully understood those words until I learned about the imprisonment without trial of Dr Lim and other patriots of Singapore by the Men in White.”

Asserting that “the abolition of the ISA had always been central to Dr Lim’s political philosophy,” Ms Teo wrote:

“The ruthless use of the ISA by the people in power took away 20 prime years of his life and left his wife, Dr Beatrice Chen, to raise their young son of five months all by herself. We cannot imagine how much emotional and mental anguish he and his family endured during those years.

“But we can and should appreciate Dr Lim’s unfailing concern for all Singaporeans when he called for the abolition of the ISA and the setting up of a commission of inquiry for ISA cases.”

Recalling Dr Lim’s view that the younger PAP leaders would use the ISA as a “reserve weapon to safeguard the PAP’s interests,” Ms Teo continued:

“It would be foolish for us not to heed the words of a person who had suffered 20 long years in prison under the ISA and whose integrity, courage and principle led him to reject an offer of release that came with conditions which would have justified his detention. In addition, Dr Lim issued a public statement through his courageous wife, Dr Beatrice Chen on 18 March 1972, critical of the PAP regime and its ruthless use of the ISA.

“The defiance of Dr Lim was to result in his further imprisonment for another 10 years.

“Twenty years of imprisonment without trial! The sentence imposed by a cabinet of PAP ministers, is almost twice the length of a life sentence! What did Dr Lim do to deserve such a sentence by ministers and not by judges?”

Asserting that Dr Lim and his family “continued to suffer” without an apology or compensation, Ms Teo said: “It would be foolish to think that imprisonment under the ISA will never happen to us because we have done no wrong. I used to think that as long as I was doing everything in the open and in accordance with the law, I would never be arrested under the ISA.” She added:

“I was awed when I first met people like Inche Said Zahari who was jailed without trial for 17 years. That feeling of awe, however, did not translate into my understanding of what he went through for 17 years – how his wife, Salamah and young children suffered during those long and cruel years without their husband/father and sole bread winner.

“Dr Lim was a gentle yet firm leader with a vision. The Men in White have cut short Dr Lim’s contributions to the political development of Singapore into a more humane and just society in peaceful co-existence with our neighbours . They have deprived us for twenty years of a good and caring doctor who often treated patients without charge, even giving money to those who could not afford to pay for their transport home.

“Farewell, Dr Lim, I’m sure you have sojourned to a happier world that you so deserve, but your words and deeds will always remain in our hearts.”

Read her tribute to Dr Lim in full here:

Today is the 7th anniversary of the death of Dr Lim Hock Siew. He was one of the great English educated leaders of the…