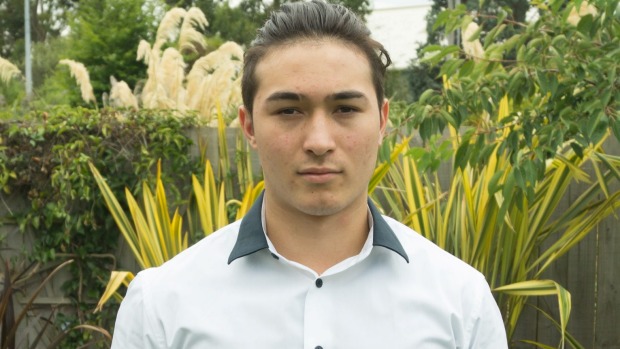 A 19-year-old Singaporean who is also a citizen of New Zealand, Brandon Smith, does not want to return here from Dunedin, New Zealand to serve his National Service.
Brandon moved to New Zealand with his family when he was eight and told a New Zealand publication that spending two years doing national service would be difficult and pointless.
It is a mandatory requirement for Brandon to report for pre-enlistment medical screening, but he is reluctant to come back to Singapore to do that. Brandon faces a two-year jail term and a $10,000 fine if he fails to comply.
There are however a few inaccuracies about National Service (NS) in the foreign publication. It said:
“Brandon said he does not speak Chinese, and as a New Zealand citizen he would be treated as an outsider.After an initial three-month training period in which service personnel are housed and fed, they are then expected to find their own accommodation.”

(A significant number of Singaporeans do not speak Mandarin, but it has not been an obstacle in them doing NS. Not just Singaporeans, but also foreigners (permanent residents) are required to serve NS. Accommodation and food is provided to soldiers throughout their 2-year stint.)
Brandon’s father, Shane, said that Brandon’s younger brother Kristen has been granted a deferment (probably because he still is a student), but that Brandon’s application to defer his national service until the age of 21 has been declined on numerous occasions.
“Obviously for Brandon, it’s not what we want. If he doesn’t go back to Singapore to serve his NS, then he can never enter Singapore because he runs the risk of being arrested,” said Brandon’s father explaining that he has run out of further options.

Shane has brought up his son’s predicament to various government agencies here, as well as to Members of Parliament in Singapore and New Zealand. The response from the Singapore-side has always been that there will be no exceptions and that Brandon has to serve NS.
But a New Zealand MP is appealing to her Minister for Foreign Affairs to intercede on Brandon’s behalf with the Singapore Government.
“We have a 19-year-old who has left school with his life in front of him, he considers himself a New Zealand citizen and has no identification with Singapore and yet he is expected to do a national service. I think it’s a really good case for New Zealand to be sticking up for its citizens,” the MP said.
New Zealand’s Minister for Foreign Affairs Murray McCully acknowledged that the Singapore Government is responsible for determining their own citizenship policies, but said that he has “considerable sympathy for the situation this family has found themselves in”.