The Independent Singapore News
Home News 19-year-old family breadwinner killed after car crashes into her as she was... 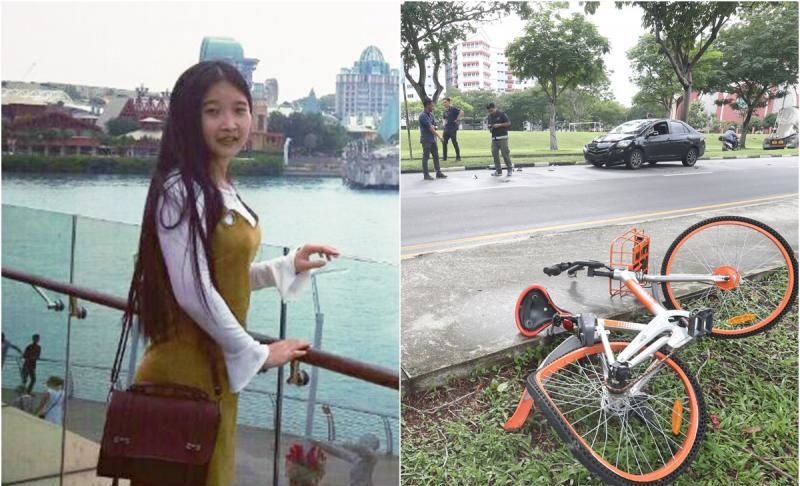 A 19-year-old passed away despite the best efforts of doctors after she was hit by a car at the junction of Chin Bee Road and Corporation Road in Jurong around 6.30am last Tuesday (27 Mar) as she was cycling to work.

The young woman, Wang Yu Ling, had come to Singapore from China as a fresh-faced 17-year-old two years ago, so that she could find a job here and support her family. Wang’s 44-year-old father told reporters that his daughter was their family’s breadwinner after an illness caused him to be unable to work.

Wang soon found a job at a firm manufacturing electronic devices where she earned S$1200 a month. Her father, who relied on his eldest child to send money back home to manage household expenses and to pay for his medication, recounted that Wang would scrimp on meals and other daily expenses so she could send most of her earnings home each month to support her parents and her 13-year-old sister.

He added: “She was very filial. As soon as she finished high school, she went to find a job.”

The family’s hopes for a brighter future came crashing down when Wang was struck by a vehicle last Tuesday as she was on her way to work, using a Mobike bicycle. Wang suffered serious head injuries and was conveyed to a local hospital. Despite two surgeries and doctors’ best efforts over eight days, Wang was declared brain dead.

Wang’s father claimed his child’s remains today to cremate her and bring her ashes back to China.