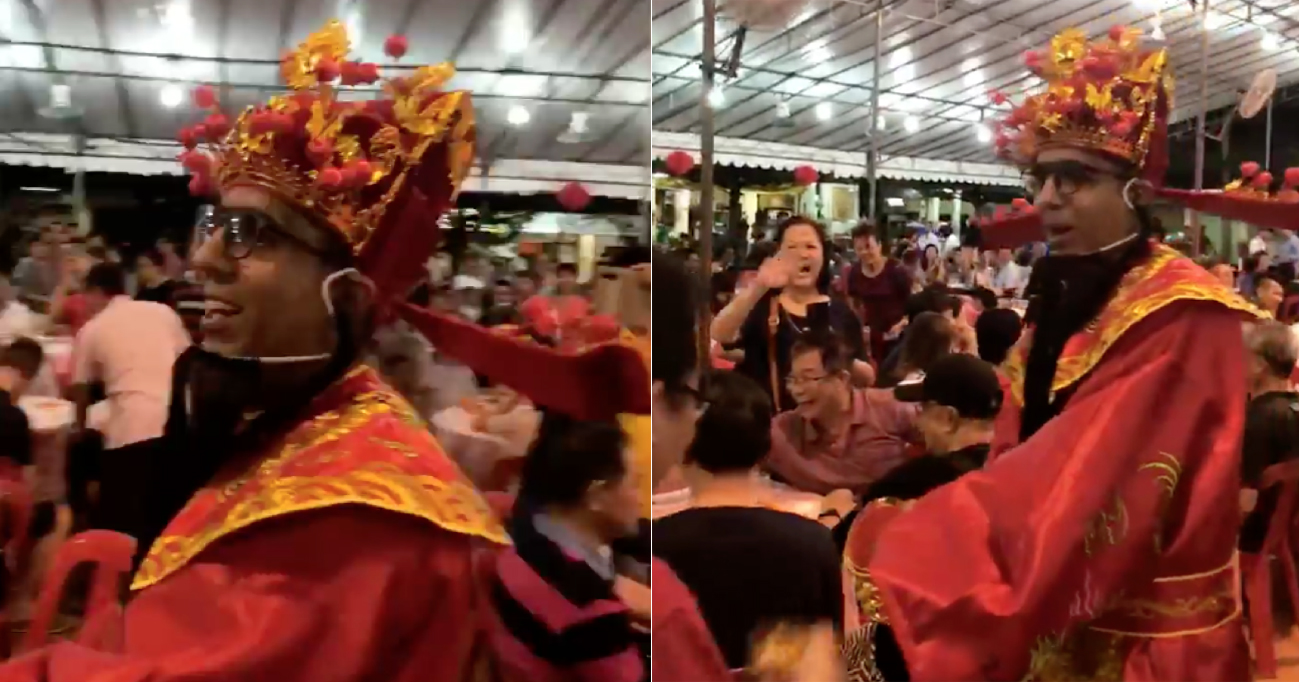 The celebration, which was held near 153 Serangoon North Ave 1 on Saturday (10 Mar), saw constituents lap up Singh’s jolly performance as he threw chocolate gold coins in the air:

Cai Shen in the house! Pritam Singh's at it again, at Aljunied GRC's CNY dinner at Blk 153 Serangoon North Ave 1 this evening 🙂

This is not the first time that Aljunied GRC MPs have immersed themselves in celebrating Singapore’s holidays with their constituents.

Even as long ago as seven years ago, the MPs made the effort to dress in Indian clothes to celebrate Deepavali along with Aljunied residents. Sylvia Lim, the party’s chairman, even shared a short story on the significance of Deepavali, peppered with some Tamil words, to the residents’ joy: