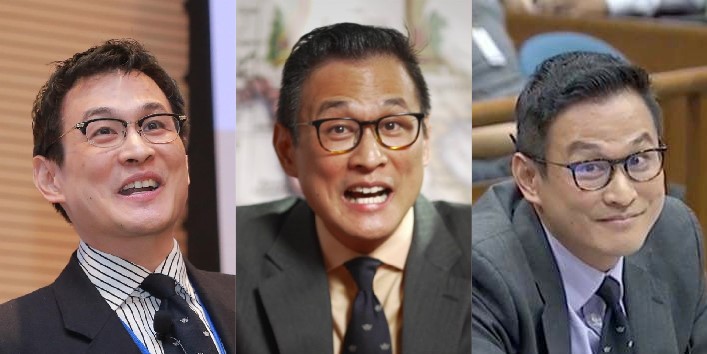 As events have proven, Dr Thum Ping Tjin made an unreasonable, ill-considered, and indefensible claim in his submission to the fake news Select Committee. As argued before, Thum had fallen short of his duties as a historian and public intellectual, in refusing to consider more recent events as well as historical incidents in Singapore that reasonable people might agree were caused by fake news or even deliberate falsehoods.

There was therefore no need for this blog to refute Thum’s actual claim about Operation Coldstore being a fake news operation by the Singapore government. There are some who believe that the select committee hearing has done that in its 6-hour session with Thum. Thum himself has alleged his entire life’s work was grilled in the committee hearing. To explain and evaluate what transpired in the public hearing, we may have to consider that there is more than one Dr Thum, that they could be separate individuals espousing different opinions, inhabiting the same body at different times.

Aside from opining in his written submission that Operation Coldstore was a fake news operation authored by Mr Lee Kuan Yew, Thum has made the following claims in the subsequent public hearing with the select committee:

There is no evidence for a communist conspiracy in Singapore in declassified Special Branch records.

Various organisations, as named in a passage of Lee’s memoirs quoted by committee member Mr K Shanmugam, were not involved in a communist conspiracy, and not in fact communist because evidence for this were not provided in declassified Special Branch records he has studied.

Memoirs and other first-hand accounts are not that reliable or credible.

His claims, if flawed and lacking credibility, would have already been debunked in an academic peer review process.

These are claims that were not made by Thum in 2013, and might’ve been disavowed by the Dr Thum of 2013.

Outside academic circles, members of the public would have been introduced to the research of Dr Thum around 2013, when he delivered a lecture organised by Function 8, a civil society group formed by former Operation Spectrum detainees. This was shortly before the publication of his Asia Research Institute (ARI) working paper, “The Fundamental Issue is Anti-colonialism, Not Merger’: Singapore’s “Progressive Left”, Operation Coldstore, and the Creation of Malaysia“.

The Thum of 2013 presented the findings of his research of the recently declassified Colonial Office archives in a careful, considered manner. These archival materials included minutes of Internal Security Council meetings; MI5 assessment of Lee Kuan Yew’s evolving Operation Coldstore plans (which referenced and reproduced a small selection of Special Branch reports); minutes of the Merger talks between the Federation, Singapore, and the British High Commission; dispatches between the various Secretaries of State for the Colonies and Lord Selkirk; and Selkirk’s reports to the Secretary on his one-to-one communications with Lee and Tunku Abdul Rahman.

What did Thum say about a communist conspiracy with the evidence he presented? That MI5 felt that there was a sufficiently strong security situation did not exist to warrant widespread arrests and detentions, and Lee’s list of proposed arrests subsequently grew smaller and smaller. That the MI5 and the Security Council agreed the security situation had been changed once Barisan Sosialis made public statements supporting the Brunei Revolt of 1962. Incidentally, the leader of the revolt received assistance and training from Indonesian agents.

Absence of evidence is not evidence of absence; just because declassified archives from UK lacks detailed evidence for the existence of a communist conspiracy doesn’t mean a communist conspiracy cannot exist, and that other better situated sources may have it. (This is an uncontroversial point of logic that could easily have been stated and agreed to in half an hour and not the 6 that Shanmugam took.)

The Dr Thum of 2013 would’ve taken the Dr Thum of 2018 to task for saying repeatedly, “This isn’t in the Special Branch archives” as a fall-back answer justifying his main claims to the select committee.

Given that part of the declassified material contained first-hand subjective reports and opinions by Selkirk, the Dr Thum of 2013 would not have hastily rejected the credibility of memoirs and other first-hand recollections. The Dr Thum of 2013 was even a key speaker an Operation Coldstore book launch. That book was an anthology of first-hand recollections and opinions from Coldstore detainees. Dr Thum did not reject the credibility of this publication, and appeared to agree with historian Dr Hong Lysa that memoirs and first-hand accounts, however much after the fact, do supplement and add to the historical record, after a process of vetting and cross-interrogation with other sources.

The Dr Thum of 2018 said that if his work was inaccurate or if he had neglected to include any sources, he would have received a bad peer review, which he had not. But the Dr Thum of 2013 would have made it clear that his ARI working paper, like other working papers, is a preliminary paper released to share ideas and solicit feedback before actual submission to a peer reviewed publication, and thus was not peer reviewed, and would therefore never receive a bad peer review.

The question is whether Dr Thum’s ARI working paper has since been published in a peer reviewed journal or conference. It appears that the answer is in the negative.

Perhaps the Dr Thum of 2015 could explain. After all, this Second Doctor was the one who engineered Dr Thum’s transformation from an academic who gave public lectures on his area of research to a celebrity figure commenting first on general history and then increasingly on subjects far outside history. The Second Doctor made a podcast series on the history of Singapore (an area of research he was not a specialist in, but applied historical method), a YouTube video with The Online Citizen commenting on the general election, as well as his own YouTube series called “The Show with PJ Thum”, which featured a humorous, Pythonesque opening sequence.

Yet it is the Third Doctor’s own words at the public session of the select committee who chose to explain what exactly he meant by “fake news”, which organisations precisely he thought were definitely not communist or communist-linked, and claimed that was proven by his working paper. It is likely Thum in 2018 got such a thumping from the member of the committee due to his own careless and untenable claims and conduct.

Will we see the return of the First Doctor? Will there ever be a Three Doctors special? As what some fans would say: the best doctor is always the first doctor they are acquainted with, and for some, and quite rightly so, that is the First Doctor from 2013.

This article first appeared on the author’s website:  https://akikonomu.blogspot.sg/2018/04/will-real-dr-thum-please-stand-up.html