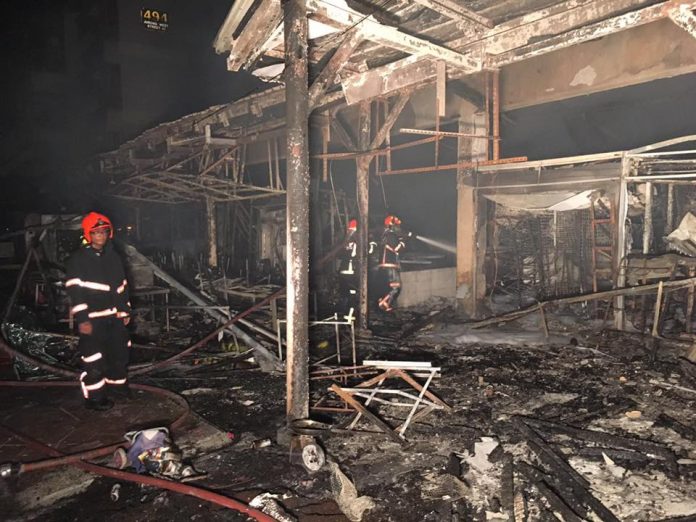 The Minister for National Development, Mr Desmond Lee, gave a non-answer to a parliamentary question if HDB can consider funding, fully or partially, the building of a temporary market / hawker centre while waiting for the completion of the permanent building.

He said that in the interim, HDB and other government agencies have provided immediate assistance and coordinated for help to be extended to the affected stallholders of Jurong West market. These measures he added, complement the efforts of the the MP for the area, Mr Ang Wei Neng and his grassroots leaders in raising funds for the construction of the temporary market.

He however promised to monitor the situation, and provide further assistance to the stall holders where needed.

A raging fire destroyed much of a wet market and coffeeshop in Jurong West t Block 493 Jurong West St 41 on 11 Oct – affecting about 45 stallholders. Police have arrested and charged a 41-year-old man for his suspected involvement in causing the fire.