Lee – who gripped headlines last year after he and his sister Lee Wei Ling had a public falling out with their elder brother, current PM Lee Hsien Loong – met Dr Tan at the famous hawker centre at Blk 726 West Coast Market Square. The prominent figures had breakfast from the MK Porridge stall at lot #01-164.

The owner of the stall, which opens from 6am onwards between Tues-Sun, did not miss the opportunity to take a photo with Lee and Dr Tan. Here she is, pictured to the left, in a red T-shirt:

Capitalising on the immense buzz the Lee-Tan meeting received, the hawker quickly shared an advertisement on their social media page, featuring a picture of their famous patrons: 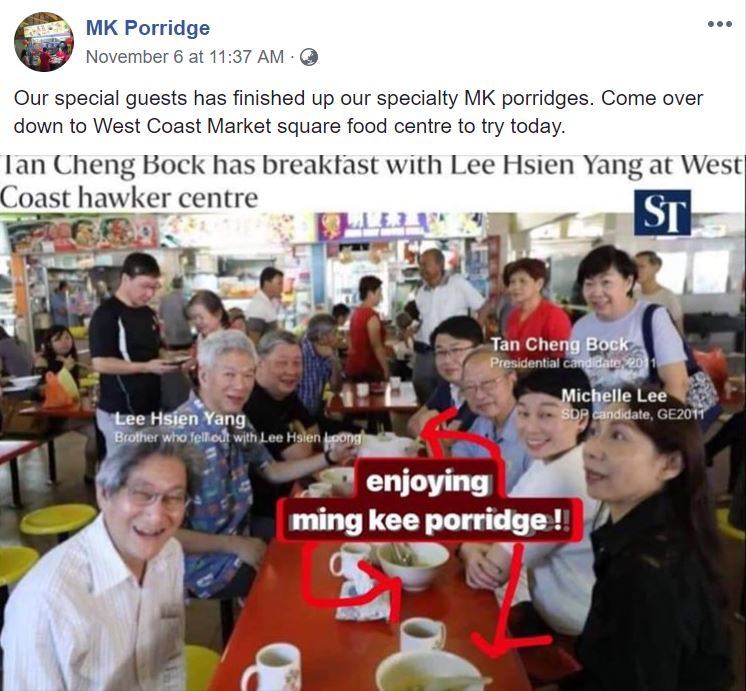 The hawker further revealed that the Lee-Tan group had their $3.50 minced meat and century egg porridge ($4 with egg) and their $3.50 specialty porridge that contains sotong, cuttlefish, chicken, pig liver, and minced pork balls.

This is not the first time Ming Kee Porridge has been visited by a prominent figure. Earlier, former President Tony Tan – the man who beat Dr Tan Cheng Bock at the 2011 Presidential Election polls by a slim 0.34 per cent – visited the famous hawker stall: 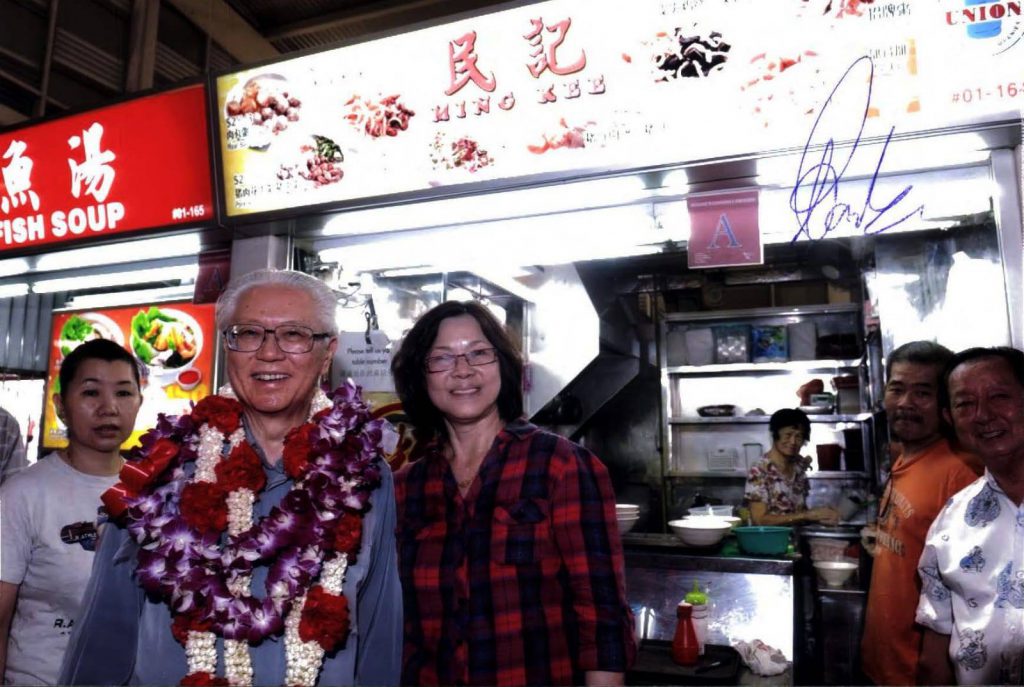 After the meeting on Sunday, Lee told the national broadsheet, “We were just here to have breakfast,” when approached for comment, Dr Tan revealed on his Facebook page that they spoke about the “current state of politics in Singapore.”

While some were derisive and said that they prefer the ruling parrty’s leadership, hundreds of Singaporeans appealed to Lee and Dr Tan to come together and “save our country” and “help Singaporeans”:

https://theindependent.sg.sg/please-save-our-country-hundreds-of-singaporeans-urge-lee-hsien-yang-and-tan-cheng-bock-to-join-forces/Follow us on Social Media