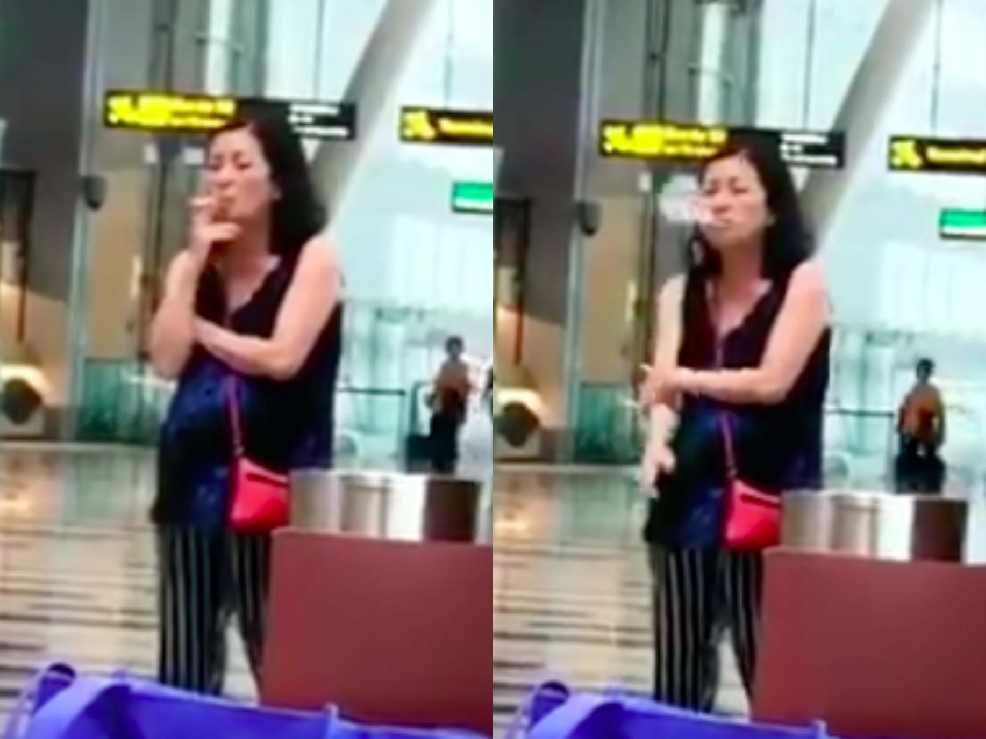 A viral video showing a woman smoking within Changi Airport Terminal 3 is circulating on social media and has riled several netizens who questioned what airport security and officers from the National Environment Agency (NEA) are doing.

In the video, posted by Facebook user Clement Chia, a woman can be seen smoking beside a trash can. Chia, who shared the video on Monday, revealed that he was not the one who shot the video:

The video quickly began trending online, ruffling the feathers of several netizens. While some questioned what airport security and NEA was doing, others wondered whether the person who filmed the video stopped the woman:

The spokesperson said: “The incidents captured in the videos are not recent, having occurred months ago. The actions of the individuals in the videos contravene existing laws.”Follow us on Social Media