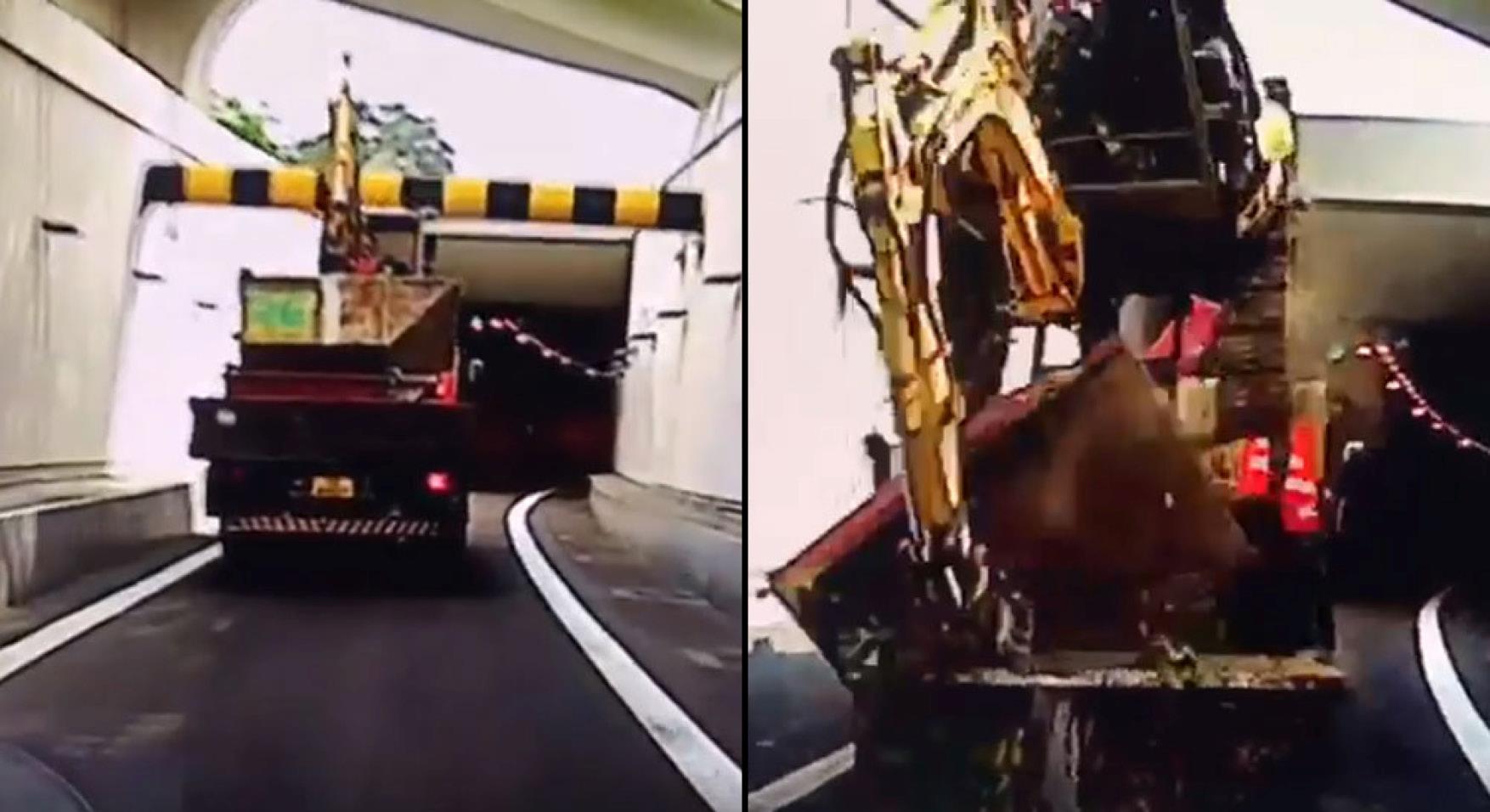 A video showing an excavator on a truck hitting the height limit bar before the Sims Ave entrance of the Kallang-Paya Lebar Expressway (KPE) and then flipping over has been going viral, since it was posted on Facebook yesterday at 6.30pm.

The video was also circulated on Whatsapp:

The Land Transport Authority (LTA) has since clarified that the video is not new and that the incident occurred on 28 Sept this year, around 10am.

In a separate incident, a trailer carrying an excavator crashed into an overhead bridge near the Singapore Indian Association along Balestier Road on 21 July. The overhead bridge was badly damaged and was later completely removed:

https://theindependent.sg.sg/crane-crashes-into-overhead-bridge-at-balestier-road/Follow us on Social Media