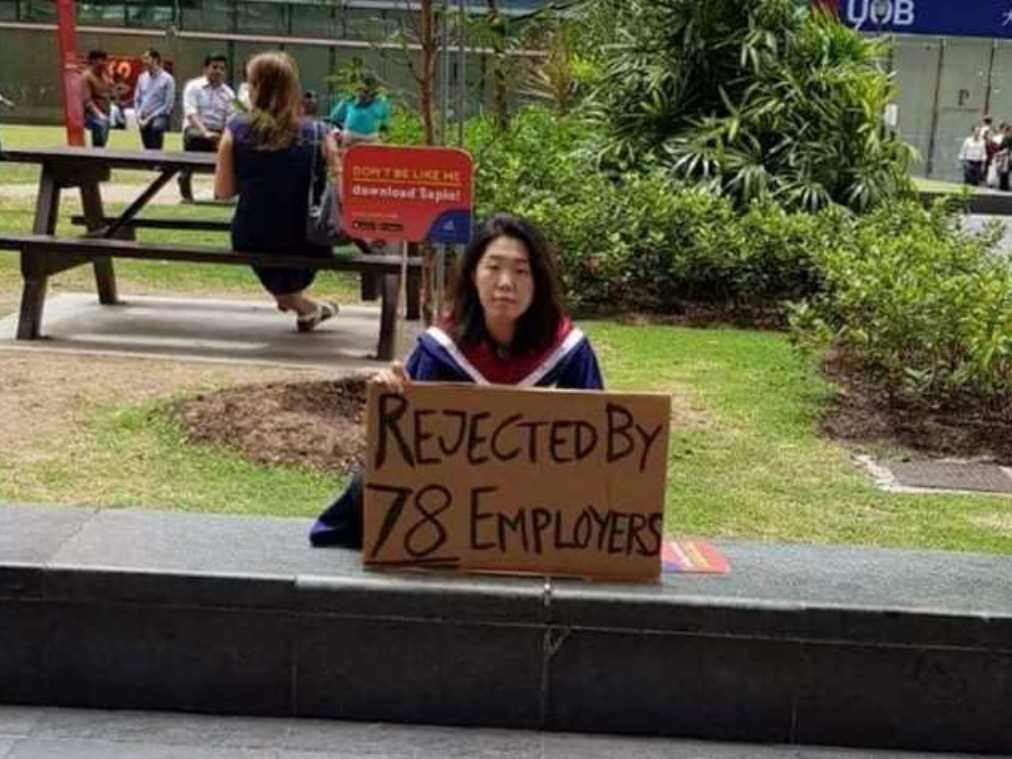 A photo of an “unemployed graduate” sitting at Raffles Place holding a sign that she has been rejected by 78 prospective employers has been going viral online.

While the woman in the photo has garnered intense support online, it turns out that the “unemployed graduate” is just an actor participating in a publicity stunt to promote an app called Sapio that links customers up with industry leaders.

Another actor promoting the app was spotted in another corner at Raffles Place carry a sign that says “MBA can eat or not” while dressed in a graduation gown. Behind both actors, a sign saying “Don’t be like me, download Sapio!” can be seen.

Despite the demonstration being a gimmick, several kindhearted netizens who thought that the actors were really unemployed encouraged them by sharing tips on how they can land a job.

Several netizens who are unemployed or underemployed themselves also shared their own situations online:

The proportion of fresh graduates who are able to secure full-time jobs has been slipping.