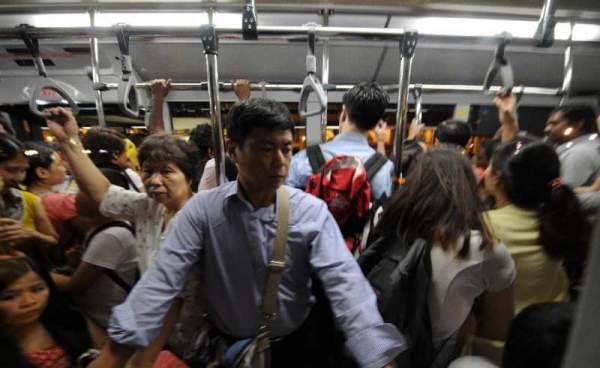 The train disruptions along the North-South line this morning and, again, this evening sparked another round of outrage from netizens – the third one in just a week.

It was clear that everyone has had it with SMRT, with netizens lamenting about SMRT’s terrible transport management.

You honestly need to do some self reflection, get your planning done to prevent these unnecessary delays from occurring during peak hours.

Part of daily life and turning into a norm

don’t want to be finding fault but seriously, most of the time people are late due to train delays because it’s smrt lol

One netizen mentioned that commuters should not have to pay extra to tap out for the delayed rides, while another exasperated commuter suggested that SMRT should compensate the public with free rides for the rest of the year.

@SMRT_Singapore you don’t even provide the service and charge us? You charge our card for what-delays,inefficiencies?Be professional atleast

With the amount of delays SMRT has caused, we ought to deserve free rides for the rest of the year till you get your shit together????

Propose every time train delay >15 min, commuters tap out free. Not enough compensation for late for work, but at least fair to affected.

While trains resumed normal service after the massive North-South line delays in the morning that were traced to a track fault, train disruptions hit yet again in the evening.

At 5.09pm, SMRT tweeted that only one station platform would be operational for trains on the North-South line towards Jurong East this evening – which again, meant that there would be a longer travel time.

[NSL]: Due to a track point fault near #JurongEast, only one stn platform is operational for NSL train svc to #JurongEast this evening.

This only added fuel to the fire, especially since people were anxious to return home after school or work.

You have delays every single day. And how weird it’s always during morning & evening peak hours. Coincidence? You tell me. ????

I was late for meeting this morning because of u. It’s a long day for me. U can’t allow me to reach home early too?????

Thanks for the surprise…. Well, not surprise anymore.

Commuters have clearly had enough of train disruptions. When will SMRT finally walk the talk and fix issues once and for all, so commuters can go to work and school and return home on time, without stress?Follow us on Social Media