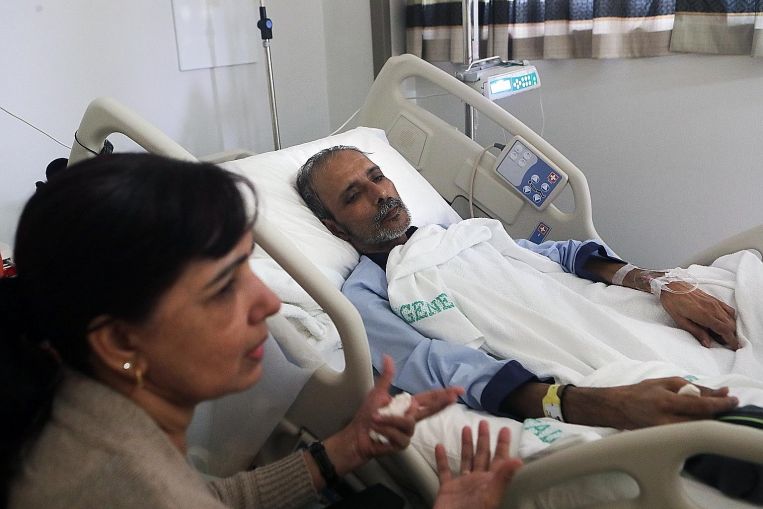 A 57-year-old technician is suing Port of Singapore Authority (PSA) Corporation for exposing him to asbestos particles that he believes caused him to be afflicted with lung cancer.

The technician, Mr Ajit Singh, had worked for PSA since he was employed in or around 1980, when the company was a statutory board. Mr Singh continued to work for PSA even after it became a Temasek Holdings-linked private corporation in October 1997.

According to court papers, Mr Singh’s duties allegedly required him to service and replace insulation material covering the exhaust systems of power units of cranes at the port. He claimed: “The power pack of the crane contains the exhaust, which is lined with asbestos which could be damaged or worn out.”

Asbestos is a fibrous mineral that became banned in Singapore in 1989 after studies showed that long-term exposure to the mineral, that was once popularly used in construction and insulation, is linked to illnesses such as lung cancer.

Mr Singh claimed that PSA workers were neither informed of the risk of asbestos nor properly trained on how to handle the dangerous mineral. He added that workers did not receive appropriate equipment to handle asbestos, and were only given masks that did not protect them from the asbestos particles.

Mr Singh has also named Gethin-Jones Medical Practice as a defendant in his lawsuit, The clinic, which served as PSA’s appointed clinic for maintenance workers, should have detected the lung cancer earlier during annual check-ups, according to Mr Singh.

PSA asks court to throw the case out

PSA, which is fully owned by sovereign wealth fund Temasek, has asked the court to dismiss Mr Singh’s case on a technicality, arguing that a claim should have been filed within 15 years. Noting that it has stopped using asbestos in or around 1989 and that Mr Singh’s exposure to the particles would have occurred before 1990, PSA is asking for the case to be thrown out since more than 15 years have passed since the alleged negligence took place.

One of the doctors who treated Mr Singh, Dr Tan Wan Ling – an associate consultant at the National Cancer Centre Singapore – noted in a medical report last August: “He is a lifelong non-smoker…The patient has sustained permanent disability due to compromised lung function and functional decline, and is unlikely to resume work duties as a technician presently and in the future.”

Another doctor, Dr Choo Chuan Gee – a senior consultant who specialises in respiratory diseases at Ng Teng Fong General Hospital – noted in another medical report that medical literature has reported that the time between exposure to asbestos particles and the development of lung cancer is about 30 years.

If Mr Singh was exposed to asbestos before 1990, like PSA claims may have happened, it has been about 30 years since the exposure likely occurred.

Gethin-Jones Medical Practice is arguing that annual medical check-ups for workers only covered “basic medical screenings and did not include specialised tests for the detection of lung cancer due to asbestos exposure”.

All parties are presently in closed-door mediation.

“I am worried about the family’s finances”

Making the decision to sue his former employer was a difficult one for Mr Singh since he has worked for the Corporation for his entire career. Mr Singh, who was admitted to Singapore General Hospital for chemotherapy last week, may have little choice since he faces mounting medical expenses.

Mr Singh told reporters: “I am worried about the family’s finances. I won’t be able to work any more.”

His wife, 55-year-old Koldip Kaur, said: “We are not asking for (the sake of) money. We want what is fair so that we can cover the medical expenses, his suffering, his loss of income and quality of life. He was healthy and fit; now he is in palliative care.” Follow us on Social Media