Calvin Cheng: I am against the death penalty

Singapore — Former Nominated Member of Parliament Calvin Cheng expressed his opposition to the death penalty on Monday (Nov 8), even as a mentally disabled Malaysian man, Nagaenthran K. Dharmalingam, is due for execution this week.

Calls have been made both locally and internationally to halt the killing of Nagaenthran.

Execution of Malaysian drug trafficker stayed after he gets Covid-19, despite date being set for the next day

Singapore — Despite his execution date being less than a day away, the execution of a Malaysian drug trafficker was stayed on Tuesday (Nov 9) by the Court of Appeal, after he tested positive for COVID-19.

On Monday (Nov 8) night, a High Court judge dismissed a last-minute court application against the death sentence of 33-year-old Nagaenthran Dharmalingam. His lawyer M Ravi filed a court application before Justice See Kee Oon, which was heard in chambers and without access to the media. 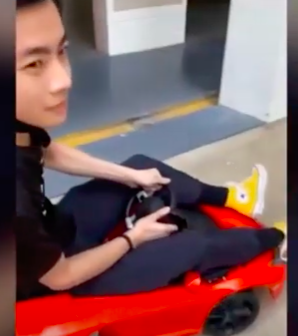 Singapore — The mother of Justin Lee, 17, who committed suicide on Sept 16 while facing drug-trafficking charges, spoke up in a tell-all interview.

In the interview, along with two of his close friends, Qi Ting and Tricia, Cecilia reveals the type of boy her son was.

He Ting Ru: Concerns over job, income stability remain top of the feedback from residents

Singapore — Workers’ Party Member of Parliament He Ting Ru (Sengkang GRC) wrote in a Facebook post on Monday (Nov 8) that at an estate walk last weekend, Rivervale Court residents told her that their biggest concerns revolve around employment and income.

“We were at Rivervale Court this past weekend to conduct our weekly estate walk. As our activities are still restricted during this phase, it has been nonetheless good to be able to check in on our residents in a safe manner.

Rome — An Italian man tried cheating the system by using a fake arm during his Covid-19 vaccination to acquire the vaccine certification. "If I go with this, will they notice? Maybe beneath the silicone, I'll even put on some...
Read more

Could Najib Razak in a Mahathir-type resurgence become Malaysia’s next prime minister?

NETIZENS: Raeesah Khan caused her own downfall, she should not drag WP leaders down with her

Singapore — The blame for the downfall of former Workers’ Party Member of Parliament Raeesah Khan should fall squarely on her own shoulders, many...
Read more

Singapore — The journey of You Tiao Man's founder Audrey Chew was recently submitted to The Independent Singapore, highlighting a story of perseverance and...
Read more