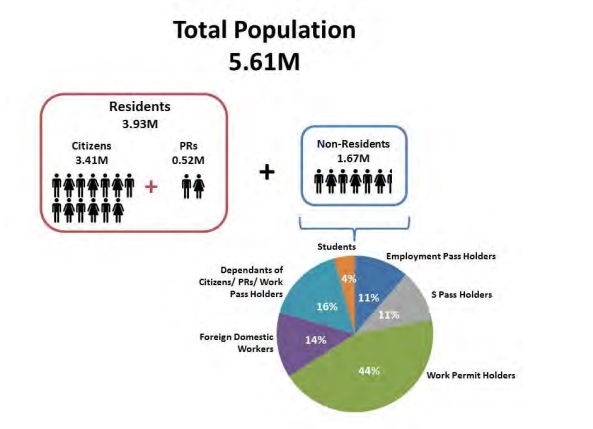 In its latest population brief the National Population and Talent Division (NPTD) which is under the purview of the Prime Minister’s Office said that the total population of Singapore has grown by 1.3 percent to 5.61 million from June 2015 to June 2016.

In its media release NPTD pointed out the key highlight of the past year as such:

NPTD further said that foreign employment growth remained low compared to the earlier part of the decade, and that foreign workforce growth will be moderated to supplement the local workforce in a sustainable manner.

The population growth is in line with the Population White Paper which projected a population of 6.9 million here in the year 2030.

—
Source: NPTDFollow us on Social Media