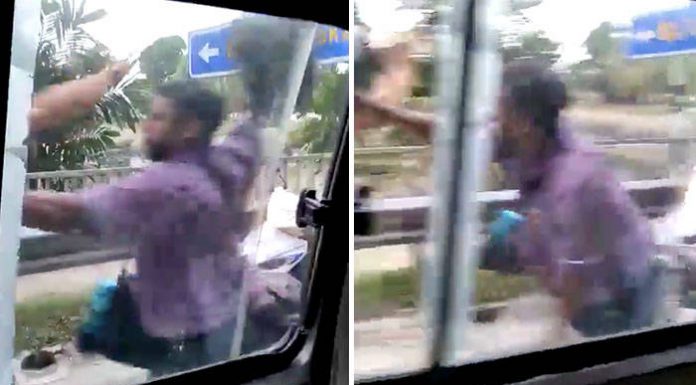 SBS Transit has confirmed to reporters that it will take stern disciplinary action against a bus captain who assaulted a motorist in Johor Bahru with a helmet. The incident occurred at Southkey, near the entrance to Permas Jaya in Johor Bahru, Malaysia last Tuesday (Mar 20) at 5.25pm.

Videos capturing the incident have been circulating on social media. The first video shows the bus captain, who had been riding a motorbike, engaged in an argument with two men on a van before he takes off his helmet to shout at one of the men.

In two other videos capturing the altercation, the bus captain warns that he will lodge a report with the authorities and claimed that he was the one who had been assaulted by five motorists at the scene. He rode off a few moments after whipping out his own phone to film the motorists.

Although it remains unclear what caused the altercation and whether the bus captain’s allegations that he was assaulted are true, SBS Transit’s Senior Vice President of Corporate Communications, Tammy Tan, told reporters: “We are taking stern disciplinary action against the bus captain.”