Netizens told to put their money where their mouth is 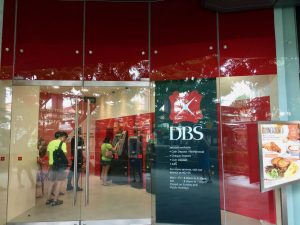 Talk used to be cheap but not anymore. It will cost you $50,000, no less, to express your point of view on the Internet. Even if you had a great idea, or a better way of doing things or a feedback to the government, the Internet is not the place to raise it.
MDA announced a new Internet regulation to rein-in free speech on the Inte

rnet. The new regulation apparently applies to all socio-political “news” sites. However, there seems to be a lot of ambiguity over what that means and how it will affect websites like TRE and TOC.  According to the latest MDA press statement, “the content guidelines apply to all content on the news sites, including readers’ comments on the news sites.”
Leading bloggers in Singapore are up in arms over the new Internet regulation. They are concerned as voluntary based organizations and free news site, they will not be able to operate in such an oppressive environment and to raise the $50k performance bond would be too onerous.
There also seems to be a wider concern that this is used as an effective tool to stifle dissent and to clip the wings of opposition political parties on the rise. Both NSP and SDP have made their press statements expressing their concerns and regret.
According to media observers, the PAP hardliners have won over those who have championed for a more open and consultative society.
Nevertheless, the latest move did not come without warning. Kishore Mahbubani, the current Dean of NUS’ LKY School of Public Policy recently said: “I am extremely worried about the cynicism that the Singaporean blogosphere is developing towards these public institutions. Over time this cynicism could act like an acid that erodes the valuable social trust accumulated.”
On the contrary, a leading blogger in Singapore Alex Au argues in his blog that the best way to counter cynicism and irresponsible speech is for the community to build immunity. He says, “The best defence a community has against irresponsible speech is to firstly acquire an immunity to it and secondly for many individuals to feel empowered to speak up against it. Government playing nanny again is the surest way to thwart this maturing process. A government that puts on iron gloves disempowers citizens from doing their bit.”
Just as we were discussing this, one political observer said that this may have wider ramifications for Singapore in the global setting. A quick research on the Internet shows otherwise.
Global crackdown on dissent
It seems Singapore is not alone in curtailing free speech.  Apparently, some member countries in the United Nations have been lobbying for stricter control of the Internet with the UN’s International Telecommunication Union (ITU). Some 42 countries filter and censor content out of the 72 studied by the Open Net Initiative. This doesn’t even count serial offenders such as North Korea, China and Cuba. Over the past two years, Freedom House says governments around the world have enacted 19 new laws threatening online free expression: “Accustomed to media control, these governments fear losing it to the open internet. They worry about the spread of unwanted ideas. They are angry that people might use the internet to criticize their governments.”
Like Singapore, several authoritarian regimes reportedly propose to ban anonymity from the web, making it easier to find and arrest dissidents. In Singapore, we have several incidents of bloggers and opposition politicians who have either paid damages or have been intimidated with a defamatory suit.
It is also quite likely that the responsibilities of the private sector system that manages domain names and internet addresses may be transferred to the government.
Other measures may include the internet content provider, small or large, to pay new tolls in order to reach people across borders, meaning to say sites like TRE and TRS that have servers hosted in foreign countries may have to pay toll to reach our readers in Singapore.
Oppression is counter-productive
Contrary to the views of our leaders, freedom of speech has a stabilizing effect on our society. According to Thomas I. Emerson, freedom of speech helps to provide a balance between stability and change. It acts as a “safety valve” to let off steam when people might otherwise be bent on revolution. He argues that “The principle of open discussion is a method of achieving a more adaptable and at the same time more stable community, of maintaining the precarious balance between healthy cleavage and necessary consensus.” Emerson furthermore maintains that “Opposition serves a vital social function in offsetting or ameliorating (the) normal process of bureaucratic decay.”
Perhaps it is the bureaucratic decay that we should worry about for it is the same decay that is standing in the way of progress. Our ruling elite think that they can stop regression through oppression; that they can stop bureaucratic decay through regulation.
Putting a price tag so that we can speak cheapens, not us, but the very bureaucrats who have committed this travesty. Our words are worth their weight in gold for our feedback is pensive.
The crackdown has just started and this government, the very guardian of our democracy, is using the power that we have bestowed unto them to regulate and put an end to free speech on the Internet. They are supposedly our spokespersons – they speak, they act and they execute – just to persist for their own political ends.
The new-found freedom as we know it, that we are so fond of; that gave us hopes of a better tomorrow; that rekindled our spirit of nationalism expires on the 1st of June.