Home News Forum Letter to the Editor: How does HDB price its new BTO flats?

Letter to the Editor: How does HDB price its new BTO flats? 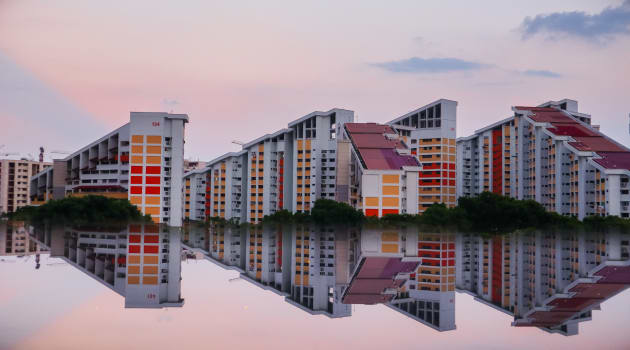 "Inflation in construction costs cannot fully explain such big increases in selling prices. The real reason is that, some 30 years ago, HDB quietly made an unannounced switch from a hitherto "cost-based" to a "market-based" new flat pricing" - letter writer

The issue of how HDB price its BTO new flats was first raised some twenty years ago by myself and several Forum contributors.
I am a 75-year-old tertiary-educated Pioneer Generation Senior Citizen who had completed full-time National Service.  Like many concerned parents, I was rightly worried how our children and grandchildren can cope with our runaway property prices.
This is a national issue of concern to all Singaporeans, including those aspiring to own private property.  Why?  Because if HDB flat prices are “sky-high”, private property prices will be “astronomically-high”.
Our high property prices are a major contributor to our high cost of living.  Average Singaporeans are impacted in these three ways:
>  As a home buyer, having to pay so much for a “brick-and-cement entity” and incurring huge long-term financial debt.
>  As an employee.  If an employer has to pay high office rent, can it afford to pay better salaries, increments and bonuses?
>  As a consumer.  If a shopkeeper or supermarket has to pay high commercial rent, will it not charge higher prices for goods and services?
I commend young Singaporean Lynne Tan for her two insightful Forum letters.   But I take great umbrage at the two long-winded parrot-like  HDB replies  (Oct 29, Aug 16) that were unconvincing and contradictory.
HDB Group Director Tan Chew Ling said “This is why our BTO flat prices are not pegged to the market but are significantly subsidised to ensure affordability.”  While HDB Director Ignatius Lourdesamy said, “HDB first establishes the market value of the BTO flat by considering the prices of comparable resale flats nearby.”
In the 1970s, HDB’s new flat prices at  Marine Parade Estate were:  3-room $17,000;  4-room $20,000;  5-room $35,000.  Current median prices are respectively  $228,000;  $347,000;  $473,000.
Inflation in construction costs cannot fully explain such big increases in selling prices. The real reason is that, some 30 years ago, HDB quietly made an unannounced switch from a hitherto “cost-based” to a “market-based” new flat pricing.
It was only in 2007, following mounting public anger, did HDB publicly revealed that  “…the prices of new HDB flats are based on the market prices of resale HDB flats, and not their costs of construction…”
Indeed, HDB’s “market-based” pricing is actually the root cause behind the prices of new flats and resale flats chasing each other in a never-ending upward spiral — which is detrimental to buyers of both new and resale flats.
Young Singapore couples also now face the “double whammy” of paying so much upfront for their HDB flats, with their values hitting zero at the end of their 99-year leases.
Under HDB Minister Mah Bow Tan, this was an excerpt from an ST 17 Oct 2009 INSIGHT article “Are HDB flats really subsidised?”:
“…Despite repeated calls, the HDB has not revealed the breakdown of the prices of its flats, and it again declined when INSIGHT asked the board to provide the figures of one unit…”
Under HDB Minister Khaw Boon Wan, this was an excerpt from an ST 18 Oct 2011 report “Call to re-look pricing of new flats”:
“…Giving Singaporeans affordable roofs over their heads was uppermost in the mind of PAP MP Zainudin Nodin, when he called on the Government to re-look at the way new HDB flats are priced, with a view to lowering the prices further.  Current home prices worry him, he said, because from listening to his residents he finds that Singaporeans are spending a large chunk of their incomes on paying their housing loans…”
Current HDB Minister Desmond Lee had merely proclaimed that HDB’s new flats are “heavily subsidized” and hence “very affordable” — without substantiating these claims by revealing the “full facts and figures” that HDB has available.
New British PM Rishi Sunak rightly said  “Trust is earned. And I will earn yours.”   After 20 long years, it is time for Prime Minister-in-waiting Lawrence Wong to step forward with his credible public answers as part  of his Forward Singapore Dialogue to these two simple questions:
(i)   WHY is the HDB not doing the right thing as a not-for-profit low-cost housing developer by passing on to our citizens the economy-of-scale cost savings in its huge developments by pricing new flats on a cost-based breakeven basis?
(ii)  WILL the HDB do the right thing for Singaporeans in discarding the current “market-based pricing” and reverting back to a cost-recovery “cost-based pricing”?
David L K See