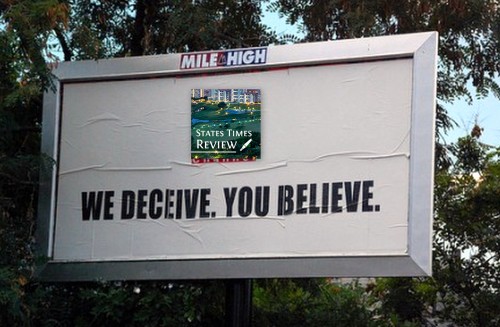 Last week this publication reported how the ex-chief economist of GIC fell for a misleading report in States Times Review (STR), that a public transport company made S$1.02 billion profits from collection of fares.
STR which is run by the former Reform Party candidate Alex Tan who is now based in Australia, has done it again.
This time the publication has claimed that one of Singapore’s sovereign wealth funds, Temasek Holdings, has ” lost more than 400 million euros after selling its shares of Spanish oil company Repsol”.

The report further claimed that a Spanish newspaper confirmed that “Temasek Holdings have sold its shares for 596 million euros, hence posting losses of more than 400 million euros.”
This report by STR is also misleading. Temasek Holdings has not sold all its shares in Repsol.
Instead, after collecting the flexible dividends of the company in cash, Temasek has only reduced its stake in the Spanish company to below 5 per cent. Even after reducing its stake in Repsol, Temasek still remains the third largest shareholder of Spanish oil company.
This was reported by the Spanish news outlet, elEconomista, which STR had quoted as being the source of its report. elEconomista’s report was based on the records of the Spanish financial regulator.
It was mandatory for Repsol to report to the Spanish financial regulators about the decline in the percentage of voting rights held by Chembra Investment, a company owned by Tembusu Capital, which in turn is controlled by Temasek Holdings.
The market price of the value of the Singapore investment company’s participation in Repsol amounts to 596 million euros.
STR’s misleading report was shared almost 300 times on Facebook.