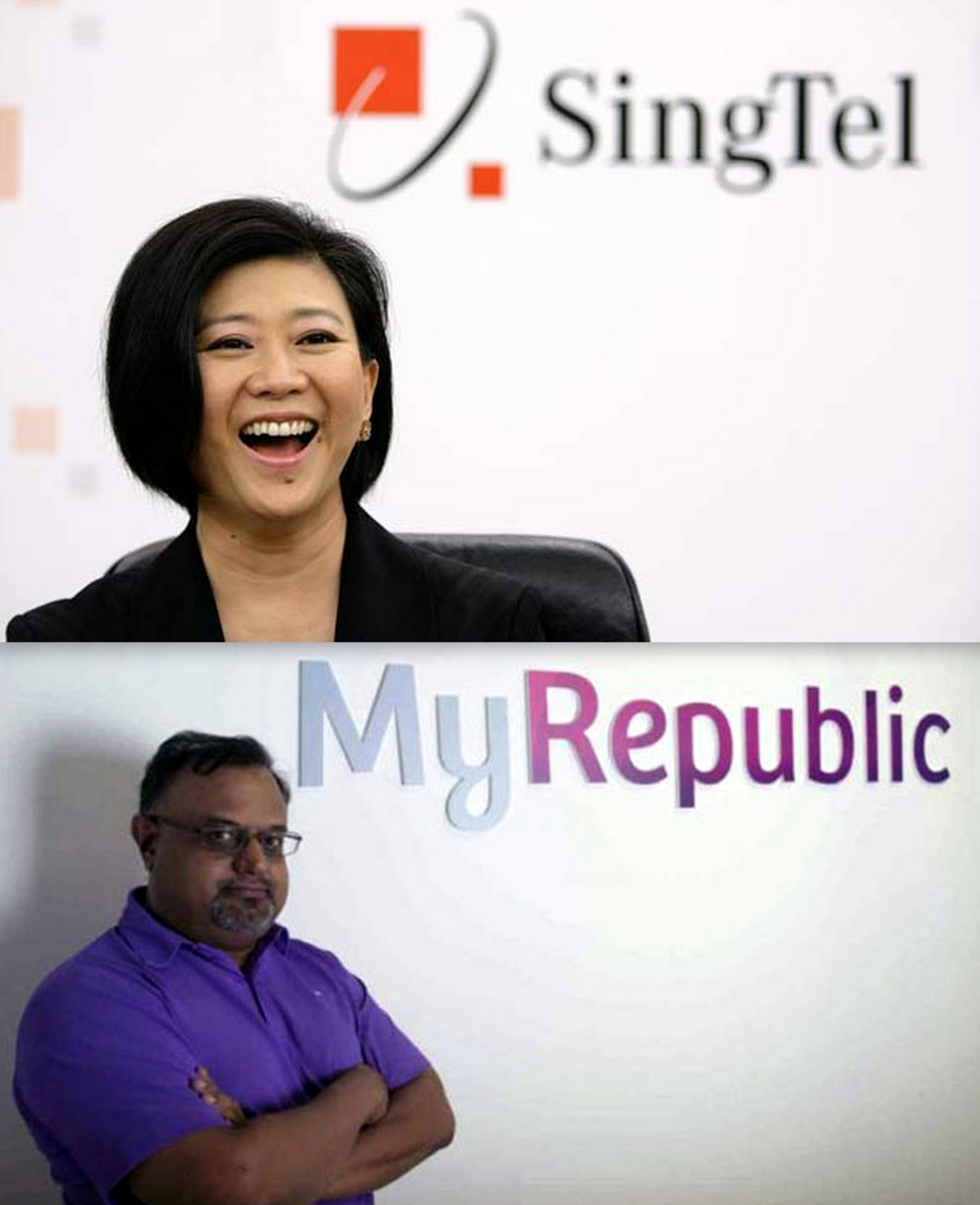 The Singapore Government is planning to auction radio frequencies for use by a fourth telcommunications carrier this year, challenging the dominance of the biggest player here, Singtel.
In response to the expected increased competition, Singtel’s chief Chua Sock Koong told Bloomberg TV that she is concerned that the entry of a new operator will drive the focus of the competition to just price and will hurt the industry.
“The only way that they can gain customers will be by way of reducing prices. The existing operators would look at how best to respond,” she said.
Adding, “clearly just leading prices down, it’s not good for the sustainability of the industry.”
Although Chua did not directly name the company vying for the 4th licence, it is believed that her comments were directed at MyRepublic.
Responding to the comments of Singtel’s head, Malcolm Rodrigues, CEO of MyRepublic said that “if the market was only about a price war, we would have no interest in being the 4th operator.”
He said that the telco has never competed on price in any market they have entered.
“We believe in bringing innovation to the table and providing users with what they want and need at prices they can afford,” the CEO clarified.
Saying that the the world is changing and that meaningful data services are everything, the CEO said that today’s services in Singapore are not fit for purpose.
“The incumbents networks are not ready for the future,” he alleged.
“There is a desperate need for innovation in Singapore. We intend to bring it,” Malcolm said.
Chua responded to Malcolm’s salvo and said that she is encouraged to hear that MyRepublic shared Singtel’s views about a price war, but disagreed that the telco industry in Singapore is stagnant.
“The industry is in healthy competition to innovate to win and keep customers,” she said.
“It would be positive if a fourth operator enters the industry competing on innovation. That is something we know customers will appreciate,” she added.
Chua further clarified that her earlier comments did not mean that Singtel did not want competition because they did not want to lower prices, and assured her customers that they will continue to offer the best services at the most competitive prices.
—
Edited after it was published, adding further information.Follow us on Social Media