The Independent News
Home News SG Economy Current and ex PAP MPs are Board Directors of company whose CEO... 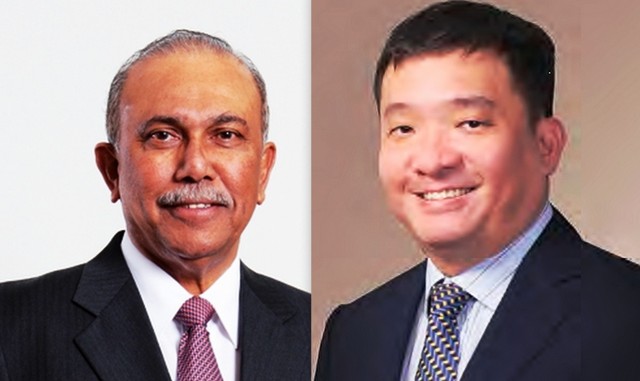 I refer to the report in The Independent Singapore titled, ‘Principal doctor who treated PM Lee’s cancer in 1990s fined by SMC’. The report said: “The Chief Executive Officer of TalkMed, Dr Ang Peng Tiam, has been fined $25,000 by the Singapore Medical Council (SMC). Besides the fine, the medical oncology company’s director was also censured and ordered to provide a written undertaking not to engage in similar conduct again by SMC. SMC found the doctor liable on two charges.”

The report got me curious and I dug out the Annual Report of TalkMed. I discovered that besides the prominent doctor who is fond of Prime Minister Lee Hsien Loong for helping to change the perception of cancer, there are others who are quite happy with the PAP in that firm.

According to the 2015 Annual Report of TalkMed Mr S. Chandra Das is the Non-Executive Chairman and Independent Director of the listed company.

Mr Das was a PAP MP for 17 years, from the years 1980 to 1997. After 1997, he served as the Chairman of NTUC Fairprice, before being appointed as an Ambassador to various countries. He is currently Singapore’s Non-Resident High Commissioner to the Democratic Socialist Republic of Sri Lanka.

Chandra Das is the Director of the company with $2 paid-up-capital, AIM. Dr Teo Ho Pin, Coordinating Chairman of 14 PAP TCs, confirmed in 2012 that AIM won the open tender to buy the software system, Town Councils Management System (TCMS), developed by NCS for the town councils. Dr Teo said that AIM was the sole bidder. The software was sold to AIM for $140,000 and AIM in turn, leased it back to each TC for $785 per month. With 14 PAP TCs, the total leasing fee would be $10,990 per month.

The Workers’ Party in referring to the controversial sale of computer software by PAP town councils to AIM claimed that the ruling party had made residents “pawns in a political game or simply collateral damage.”

Under the leadership of Mr Das and the CEO of TalkMed, Dr Ang Peng Tiam, the company has established itself in several countries outside of Singapore, including in Indonesia, Vietnam and Sri Lanka.

There are no other information easily viewable by members of the public about what other directorships Mr Sitoh holds. But netizens had previously dug up that a former PAP MP, Yeo Guat Kwang, held 64 such appointments while he was still an MP.

And the directorships of both Mr Das and Mr Sitoh are not voluntary. According to the Annual Report, they are remunerated.

TalkMed believes that it is not in the interest of the company to divulge how much such directors are paid, but they are listed as being in Band 1. The directors in that Band are paid between S$0 to S$250,000 per annum.

And to get that kind of pay, Mr Das had to sit in 7 various meetings of the Board and Committees. Mr Sitoh worked a little harder, and sat in at 11 such meetings. Interestingly both of them sit in the Remuneration Committee of the company. The other person in that Committee is Mr George Lim Tiong Jin, who is a Senior Counsel, and formerly served as President of the Law Society of Singapore.

It is interesting to note that SMC’s action against the CEO of TalkMed only came to light because of a mandatory disclosure the company had to make to comply with rules of the Singapore Exchange, and that unlike other medical tribunal decisions which are published on its website, SMC did not reveal further details of the complaint, or its decisions against Dr Ang.

I know that we cannot dictate how private companies conduct their business, but government and related agencies must not only do what is right, but be seen to be doing what is right. And for the sake of accountability and transparency, the Government should make it compulsory for all public office holders to declare if they have interests in any commercial enterprise.