Amid U.S. protectionism, wither the WTO? 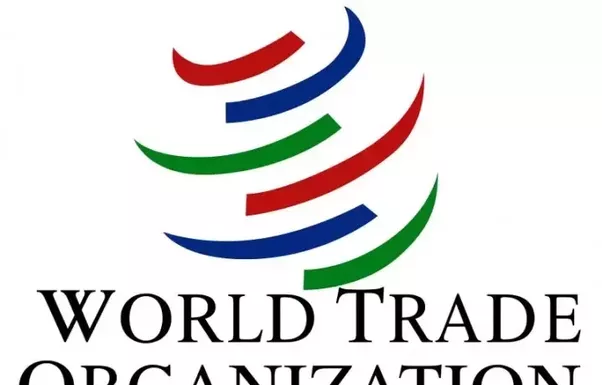 The World Trade Organisation (WTO), born out of tough trade talks and negotiations in which China and Russia had to fist-fight their way in, is now in danger.

President Donald Trump’s unilateral imposition of tariffs in what is now becoming a technological warfare against China is indeed a big slap to the WTO.

However, Trump’s possible reconsideration to join the Trans-Pacific Partnership (TPP) might – ironically – save the global trade organisation.

How would that happen?

If the U.S. were to rejoin the TPP after leaving it last year following Trump’s electoral promises to quit the deal, it will boost the WTO’s existentialism.

At least to a certain extent, since it will mean that the U.S. has finally accepted the facts of global trade life.

That is there must be a balance between fair trade and free trade, and the world cannot survive on protectionism.

Last week, the Wall Street Journal said allies are urging Mr. Trump to fix the 164-country body, not marginalize it.

The WTO’s future is particularly uncertain because many member nations – allies with the U.S. – complained about the way China does business.

They accused Beijing of copying the success stories from the Western hemisphere to later abandon the western ‘partners’ that willingly surrendered their technology in a one-way-trafic-technology-transfer-ordeal.

Last year, the Journal hinted at Trump’s move against China with an article that suggested Beijing had swallowed the WTO.

If the U.S. helped created the organisation to smoothen global commerce, the integration of China turned it into a massive battleground.

In December last year, China aired its dissatisfaction over the U.S. criticism of the WTO.
A German economist is now saying the trade conflict started by Washington against China should be handled under the WTO rules.

“It is important to stick to WTO rules, from which the United States is deviating right now,” said Thore Schlaak, with German Institute for Economic Research (DIW Berlin) in an interview with Xinhua today.

Schlaak believes both sides should go back to the table and negotiate on the basis of rules. “This will help go forward to prevent the world from falling into a trade war,” he said.

But the U.S. is negotiating trade deals with other global capitals outside the WTO.

Trump has called the WTO a “disaster” and “very unfair” to the U.S.

German Chancellor Angela Merkel said European Union leaders “want to continue talks, but only within what we all signed up to in the WTO.”

Experts are saying the U.S. and other nation’s bilateral deals outside the WTO (allowed under the WTO rules) have reduced the organisations’ stature.

It is the proliferation of such deals that have weakened the WTO they say.

“U.S. allies and trade experts say a bigger problem for WTO is that China has taken advantage of the body’s rules to promote itself at the expense of other members. The Geneva-based body was designed before the rise of Chinese state-backed capitalism,” wrote the Journal.

In theory, the WTO is tasked with solving or preventing trade conflicts, similar to the one that has erupted between the U.S. and China.

WTO officials, aware of what is at stake, have issued relatively strong statements: “A trade war is in no one’s interests. The WTO will be watching the situation very closely,” the WTO’s director general, Roberto Azevedo, said in early March after Trump announced his tariffs plan.

But this may be too late for the WTO to save its skin under the current circumstances.
Any changes in the WTO rules should benefit the members, all the members, but if China persists in playing what the U.S. and its allies are calling an ‘unfair’, the WTO risk hardening its rules.
Would this be fair to China?
The trade war and the technological warfare waged by the U.S. is not the last stroke that has hit the WTO.
The U.S. is also looking into China’s alleged currency manipulation. This might open another front in the long war ahead.