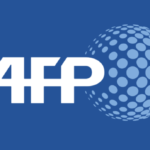 The US State Department said Friday it was terminating five Chinese-funded exchange programs with the United States, calling them propaganda tools for Beijing. Secretary of State Mike Pompeo said in a statement that these programs, conducted under a US law called the MECEA that permits American government employees to travel using foreign government funds, were […]Follow us on Social Media