The Independent News
Home News Featured News NUS student falls to her death after trying to climb into locked... 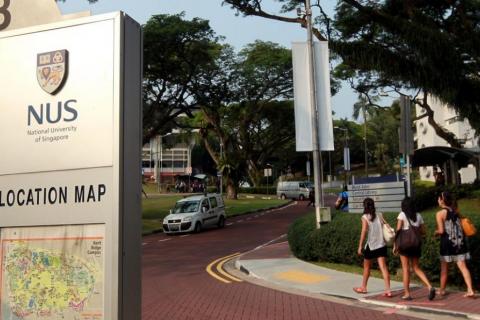 Last Saturday morning, an 18-year-old female student from National University of Singapore (NUS) fell to her death after attempting to climb into her locked dormitory room through a window.

The student, believed to be a Korean freshman, had been climbing out of a nearby window while trying to reach her room on the seventh storey of the eight-storey-high Block C of Sheares Hall, around 11.40am that day.

The student was attempting to enter her room via the window after she forgot to bring her admission pass which is required for her to enter.

By the time paramedics arrived, the student was unconscious and sent to the nearby National University Hospital (NUH), where she died from her injuries.

The police have classified the case as an unnatural death.

“We are deeply saddened by the incident, and our thoughts are with the family and friends of the student.

“NUS staff and counsellors are in touch with the student’s family and friends to provide support and assistance.”

According to residents of Sheares Hall, occupants’ individual rooms are only accessible using student matriculation cards.

Sheares Hall’s regulations show that  students who are locked out of rooms may approach the management office during office hours, or a resident fellow after office hours. A service fee might be imposed.

One resident, who declined to be named, said that an email had been sent to Sheares’ Hall’s residents on Saturday afternoon informing them of the student’s death. A block meeting involving all occupants was held on Sunday night.

The resident added that a wake for the student had been held on Monday evening at Mt. Vernon Sanctuary.