'Seen here doing his rounds quietly alone... no gongs, no bells, no airs'

In a Facebook post on Friday (Jun 4), one Dania Nasuha wrote: “Jamus Lim doing his rounds at Anchorvale. Quietly and humbly. No entourage, no paid photographers. Model MP.” 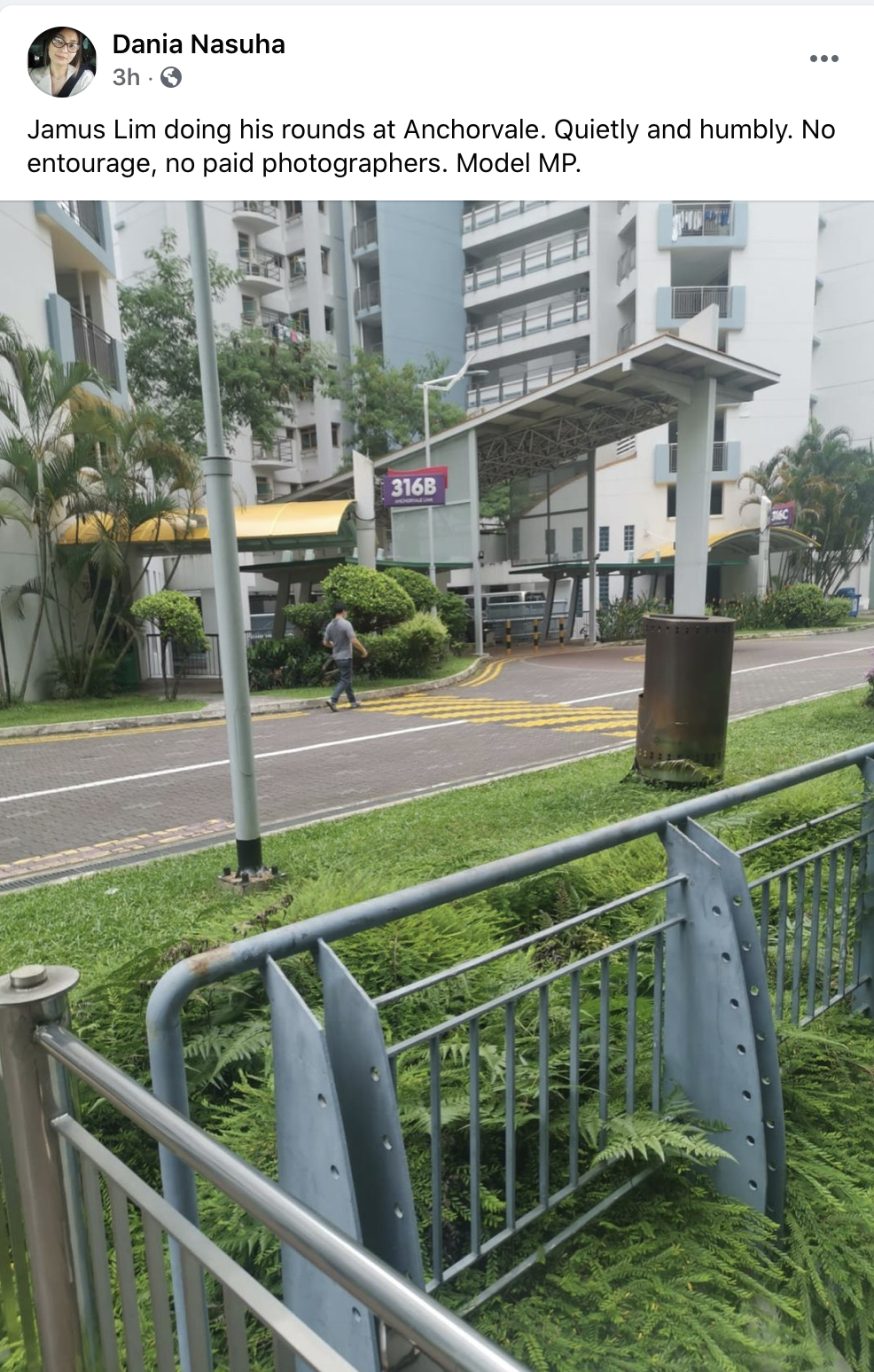 Her sentiment was shared by Dennis Khew, who wrote: “When Jamus Lim said ‘Gam Xia, Sengkang, he surely meant it”.

Mr Khew made reference to the words Assoc Prof Lim said after the four-member WP team defeated the People’s Action Party team, taking 52.13 per cent of the vote, in the biggest upset of the 2020 general election.

Thanking voters, Prof Lim spoke of the win using his trademark phrase, “warms the cockles of our hearts”. He ended saying, “Gam siah, Sengkang.” (Hokkien for “Thank you, Sengkang.”)

Sharing a photo of a man walking near Block 316B Anchorvale Link taken by Ms Nasuha, Mr Khew wrote that Associate Professor Jamus Lim was “Seen here doing his rounds quietly alone in 33°C & probably 99.99% humidity! No entourage, no SPH photographers, no gongs, no bells, no airs.”

Mr Khew thanked the Workers’ Party and referred to them as “the trustworthy alternative voice of SG”.

Netizens who commented on both posts agreed with the sentiments shared. Many added that they frequently saw the Workers’ Party MPs doing their rounds, unlike MPs from other parties. 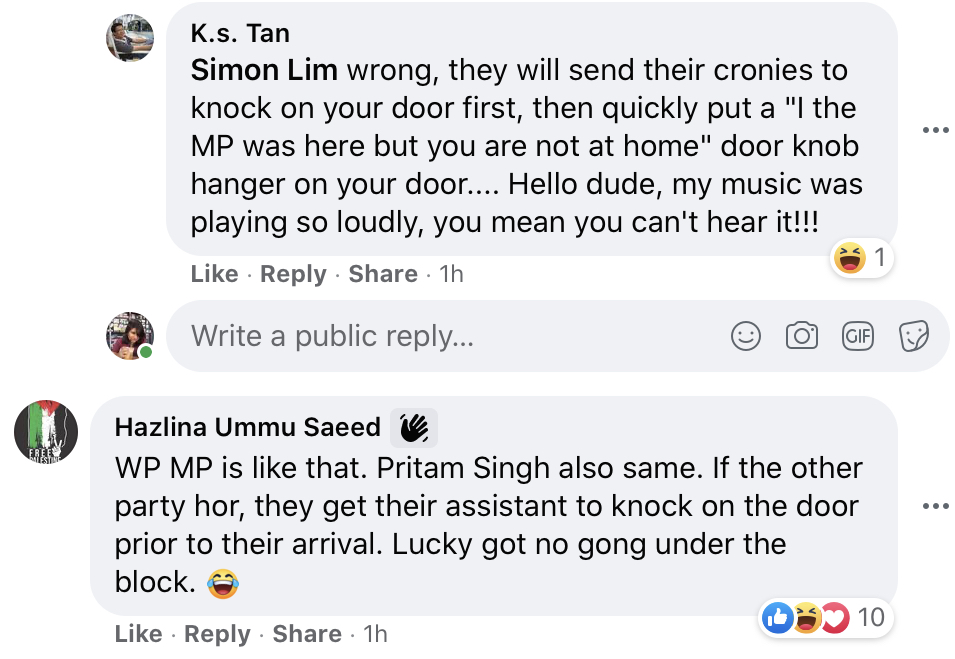 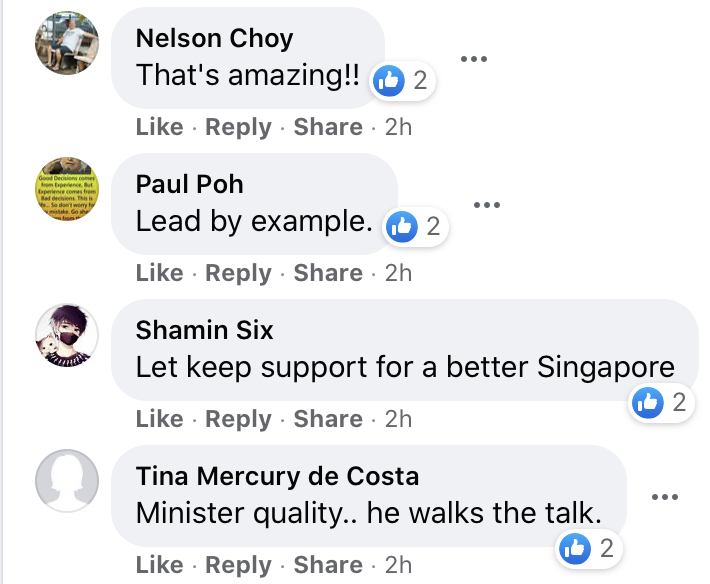