The corridor was warm and stuffy with no ventilation

Ms Mei Lin Au posted on Mar 19 that her husband had been referred to TTSH to get his “extremely high heartbeat” examined.

He got his X-ray and blood test done at 3pm, after which he was told that a doctor would come along later to evaluate his condition and let him know if he needed to be warded for additional tests and observation.

Ms Au wrote that “At 10pm on the same day, no doctor turned up and my husband was left in a B2 ward CORRIDOR even though he has opted for a B1 ward.” 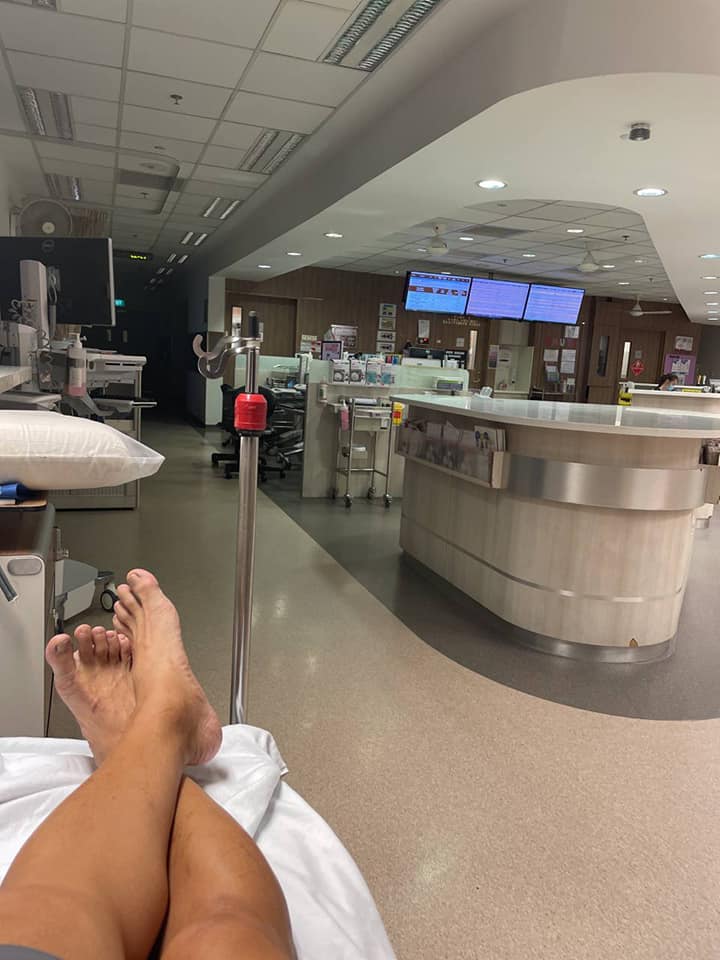 The corridor where Ms Au’s husband had to wait was warm and stuffy, with no ventilation, she added.

“It is appalling how TTSH treat their patients,” she wrote.

Ms Au also wrote that “the hospital has the cheek to send me a message that my husband has been placed in a proper ward and bed when he was left to rot in the corridor and waiting for many hours, and he is still waiting at this moment.” She added photos of a man in a hospital bed in what looks like a hallway, not a private room, as well as a screenshot of the message that she claimed came from TTSH.

Her post prompted an outpouring of concern for her husband, as well as wishes for his speedy recovery.

“Thanks for all your concerns, I am feeling fine and at home now. Suppose to do a angiogram test for the irregular and high heartbeats. But my platelets was low and it was cancel. Now on medication for 3 months. But I feel perfectly fine. Anyway thanks and I will take care. Wish we could meet again somehow.”

When we reached out to Ms Au, she told us via Direct Message that her husband was not placed in the proper ward until after 3 pm the next day, which meant that he spent 24 hours in the hospital corridor.

“The corridor is very busy, with medical staff, cleaners, and visitors walking up and down all the time, and as it is near a common water cooler where patients and their family get water, it is very busy and very difficult to get proper rest,” she added.

She also said her husband had no privacy and had to keep his personal effects with him as there was nowhere else to put them.

“His belong(ing)s may get stolen while he is away visiting the bathroom or sent elsewhere for medical procedures,” Ms Au added. She also said that despite tagging the hospital, she received no word from TTSH, nor has it issued an apology.