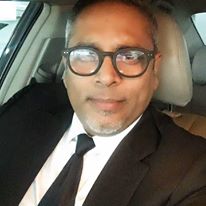 I had the honour of being invited to the FAS Game Changers presentation of their team, their manifesto and the press conference.

First, one can’t help but feel it was a very suave and well organised event. Every one was suited with name tags, team motto and a theme that was clear and evident throughout. Truly showing they are a class apart from the other team that appears to be a one trick pony with other old ponies coming along for a free ride.

Second, every member of the Game Changers team brought to the table their sporting experience and their passion to do something not just good but great for Singapore Football.

Third, presidential candidate Bill Ng spoke with lots of passion and conviction. He explained all he had done for the good of Singapore football. All loud mouth critics who go around levying accusations without providing one iota of evidence were put in their place. Lau Kok Keng is extremely eloquent and equally passionate and that came across as each member spoke with passion of their role in the team. Krishna Ramachandra spoke passionately of the revamp plans to the S-League.

Fourth, the Game Changers implementation plan was measured with a realistic 24 month game plan. An audit and review will be conducted when they take office. It’s my biggest fear. What will they unearth in the cesspool that is FAS now. I cannot believe how the Secretary-General justifies his pay grade and defends his work. Much was revealed last night and much appears to stink at FAS. The Journalists were implored to conduct investigative journalism into this. They took offence. But it’s true, as a good friend turned to me and said he can’t remember when they last conducted any real investigation into matters.

Fifth, when I was new to this game and I backed the wrong horse, oh sorry, it turned out to be a barking pony, I had missed the chance to work with some of the very good people who I started this race with. But I commend their awesome work and meticulously planned execution of the plans with Game Changers. There is a real plan and passion in the GC slate rather than chest beating bravado, accusations and loose use of the word “integrity” without an appreciation of what it really means. On this note I would say Suresh Nair has done much more for Singapore Football than most of the members of the LKT team. He actually produced investigative journalistic pieces and dared ask the hard questions of FAS. It’s truly pathetic when one can sit in FAS council for 18 years and even for some periods as a VP and take no responsibility for all that is wrong in Singapore Football. He even has the audacity to name the team after his initials- LKT. Really??? How convenient to blame all on Zai and just take credit for the Suzuki cup victory. How does being on one of the FIFA Committee transform him into presidential material. I would truly be appalled if the incumbent LKT team comes into office … again, though there are some excellent leaders like Razali Saad in the slate. He is a decent man who wants real change for football. Edwin Tong is a good man but I think he has no time for football as he is a busy lawyer, MP duties and all other stuff he does in life. Personally I think Bernard Tan would have been a much better choice as presidential candidate. I don’t know why LKT is their choice and hope he remains just a candidate and never the actual president.

Six, I would implore the football fraternity not to listen to threats and commands from those who have no business interfering into Football. It is for this very reason that a free and fair election is being held. So I pray that a vote for change will come into play and GC is voted in.

Seven, the Game Changers team stood their ground and spoke with conviction as they took all the questions. Bill Ng did not deny the media their right to continue to ask questions even as it got late. GC team and Bill Ng was ready able and willing to answer all questions and when he could not he implored the media to ask the questions of FAS or even specifically to Winston Lee. Even eminent lawyer Krishna and Bill spoke about commercial know how’s to become financially viable rather than financed by “godfather” types who then strut around as if the football community owes him. The cocky LKT-THS Pony trick video of truly made me LOL. If any video would show it’s time for a change, it would be the LKT-THS pony trick video.

Eight, I am excited for women Football. I feel this team with two prominent women in Annabel Pennefather and Doc. Teoh are going to truly transform the game to maybe take the Singapore women further than they have ever been in international women’s Football.

Nine, I, together with James Lim (now standing as an independent candidate and a good alternative voice) exposed FAS for their lack of spending on NFL and IWL. We were prepared to ask the hard questions and not be yes man. I think sitting in council for 18 years and taking no responsibility for the downfall of football is the very definition of a “yes man” and later to give excuses that there was no consultation is truly a pathetic excuse. If you truly were there for football you should have raised this non-consultative issue earlier and do the decent thing and resign, not now cry wolf.

And my final point is that from nominated MPs to all football loving Singaporeans have raised the questions at the pathetic state of Singapore football. I would blame LKT and his ex council for it. For those crying for a real solution to the FAS pathetic state of affairs it’s time to kick LKT and team out and put into place the Game Changers, otherwise it’s going to be 4 more years of us being in the wilderness.

I have decided, upon careful deliberation, not to stand this round (and I will explain on that at a later date/post). It is sad that we had a really good team brewing that sat this round out. But this does not mean I care any less for the state of Singapore football. I will do my part even if this means asking the hard questions and applauding where necessary.

So I wish the Game Changers to come into office and be a true game changer and bring back the best to Singapore Football.