Singapore—MP Baey Yam Keng sprung a surprise on some MRT commuters by interrupting their morning ride with a Happy Chinese New Year greeting.

Mr Baey, who is fondly known as ‘Our Tampines Bae’ to some of his constituents, took the train to work last Monday (Feb 22), and decided to make his presence known in an unusual way.

The MP (PAP-Tanjong Pagar GRC) who is also the Senior Parliamentary Secretary in the Ministry for Transport, posted a one-minute long video of himself on Facebook crouched and masked over a microphone as he read a printed-out announcement over the train’s public address system. 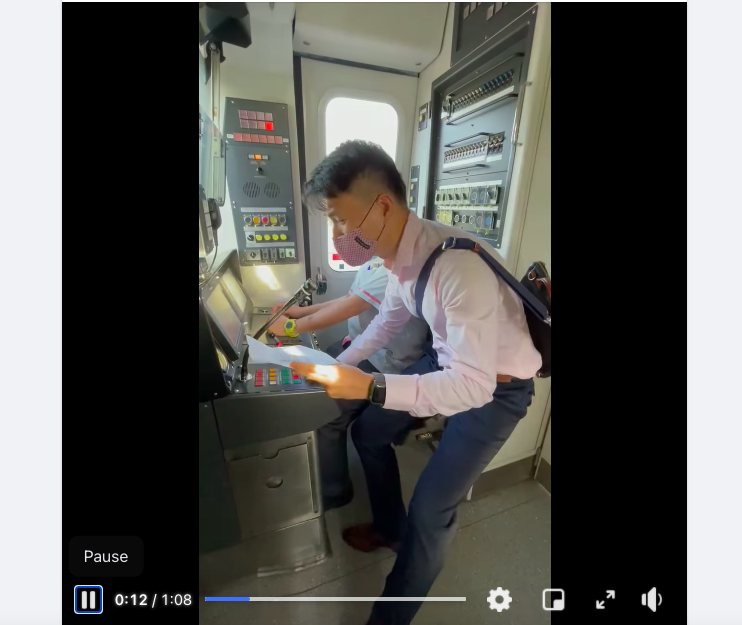 After introducing himself, he said, “I am very happy to join you this morning as I take the train to work.

As today is the eleventh day of the Lunar New Year, I would like to take the opportunity to wish everyone a happy and healthy Chinese New Year.”

He then went on to express his greetings in Mandarin, and then added thanks to the commuters for wearing masks, encouraging everyone to stay safe “while traveling on public transport.”

Mr Baey then wished everyone a good week and urged each other to look out for one another, and to extend help to those who need it.

He later answered a commenter who asked which train he had taken that he had been on the NS (North South) line.

When another commenter remarked on his crouching position and asked why there was no portable chair for him, the MP, who regularly posts about his fitness routines on his social media page, jokingly replied that he “can still do a squat.”

Others teased him saying he should make the announcement in Malay and Tamil next time as well, to which he replied he would “need to take lessons.”

One netizen cracked a joke about his last name.

Some netizens commended Mr Baey and said that other MPs should follow suit.

However, a number of netizens asked whether Mr Baey had the authorization to enter the operator’s cabin in the first place. 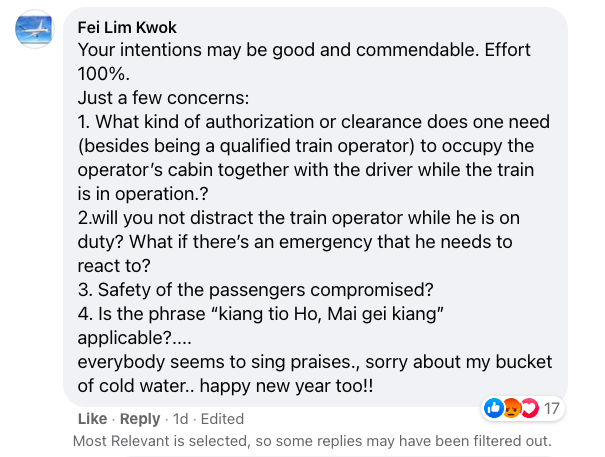 But one commenter wrote that Mr Baey’s public appearance, albeit via voice, was “At least better than cut ribbons,” in reference to other politicians who make a big to-do about such occasions.