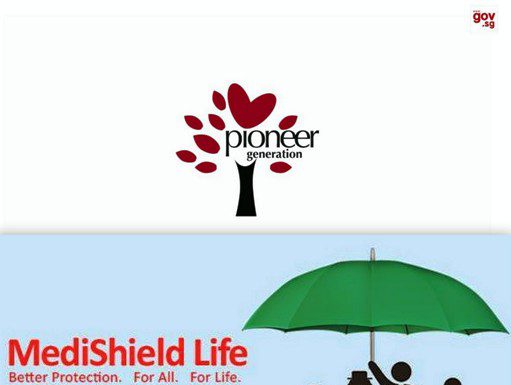 By: Molly Meek
There’s a series of Medishield Life TV commercials that show that the elderly no longer have to worry about their medical bills or even about paying their Medishield Life premiums.
[fvplayer src=”http://youtube.com/watch?v=Dnv0TtkvfpY”]Medishield Life is indeed the best thing that has happened to public healthcare in human history, but it’s abominable that these commercials forgot to mention the greatest virtue of Medishield Life: if one were too poor to afford premiums, one would probably be too poor to afford food to eat, and one will therefore be sent to a certain Changi resort where food will be given for free.
The commercials are also quite inaccurate in their portrayal of the elderly in Singapore. Their creators seem to think that old people in Singapore only care about frivolous things like drama serials and chili plants.
[fvplayer src=”http://youtube.com/watch?v=smc-kOQVAqs”]A more realist style ought to be adopted. For instance, one of the commercials could depict how an elderly woman who collects cardboards is knocked down by a vehicle and hospitalized, but instead of worrying about bankrupting her children, she is worried about big issues like conservation and climate change.

Also, the commercials should not have made it seem as though elderly people do not have their livelihoods to worry about when they are hospitalized. Instead of featuring elderly characters who have nothing else to care about but drama serials, they could have shown how generous the government is to pay for their living expenses till they are ready to get back to clearing plates at food courts because they have zero savings despite having worked all their lives since or even before Singapore’s independence!
Finally, why assume that elderly people always get hospitalized when they are ill or injured? After all, the healthcare trend these days is to push as many medical services to the outpatient domain as possible, isn’t it? Surely the commercials have an obligation to praise the PAP for coming up with Medishield Life so that no one ever has to worry about medical bills, including all outpatient bills?
Our ministries should really not scrimp and save by hiring third-rate advertisers just because they are using taxpayers’ money to show how good they are when they are helmed by PAP politicians. Come on, just double or quadruple the advertising budget so that Singaporeans will finally find out how good the government is!
—
Republished from Molly Meek’s Facebook.Follow us on Social Media

Healing the Divide founder apologises for “Asking people to flood the call centre for no genuine reason… Please forgive me if I did not...

Singapore — Ms Iris Koh, the founder of the Healing the Divide group that has been in the news in recent weeks, has been posting video messages over social media after it was reported that she and her husband...
Read more

Man remarries ex-wife to care for her after discovering she has end-stage kidney disease   China — A man who once vowed “in sickness and in...
Read more