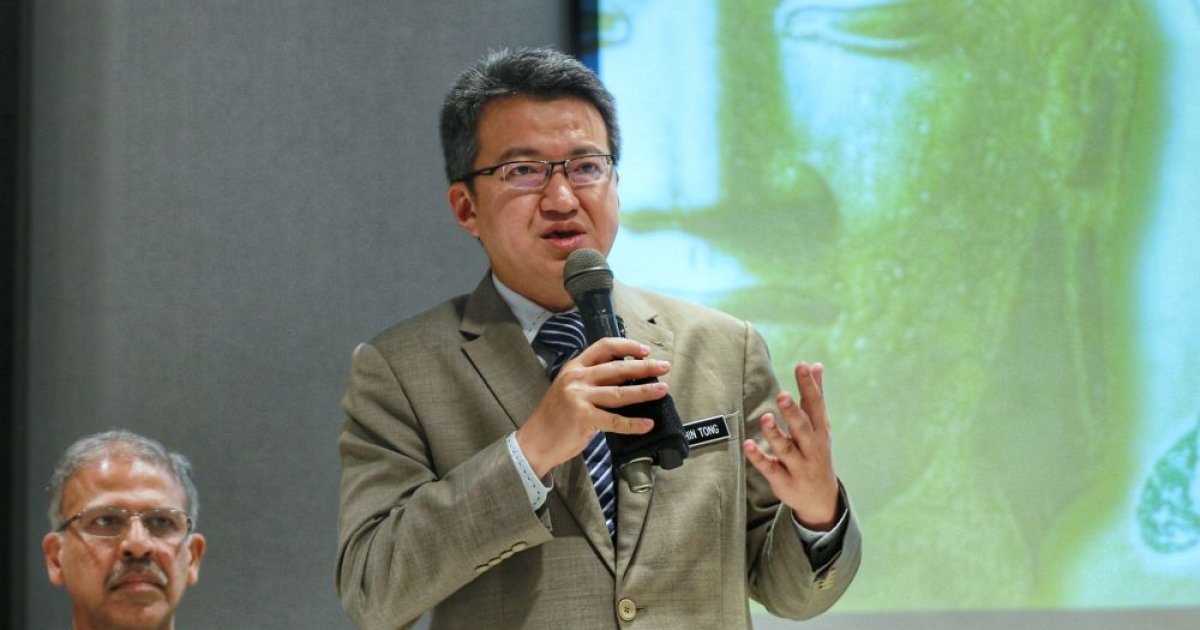 As a result, political parties must now focus on building a stronger, more cohesive coalition in the run-up to the looming election cycle as they attempt to woo voters.

“There is no longer one single party taiko(big brother). The days of one dominant party were over in 2018. It means there is no more Umno in its old form. Najib would often say Umno is born to lead. Those days are over.

“Umno, if it wants to survive, has to work with other parties and assume a position in which it is going to enter a coalition of parties of similar strength.

“That means it will not be able to contest over 100 seats in the peninsula alone as it did during past elections.

“The point is every party will have to accept that it is going to enter into some form of coalition with parties of similar strength so there is no more a single dominant party,” the DAP political education director said during an exclusive interview with Malay Mail.

During GE14, Umno-led Barisan Nasional (BN) only managed to attain 79 parliamentary seats, out of which 54 were won by Umno.

Pakatan Harapan (PH), however, managed to secure 113 seats to form a simple majority, with defections from Umno bolstering its ranks after its win.

Following the collapse of the PH administration last year, Bersatu-led Perikatan Nasional (PN) was born with a slim majority of 114 MPs.

Liew also pointed out that the dynamic of a coalition built on parties of equal strength would also humble the prime minister of said coalition as he or she must be ready to listen, compromise and negotiate to ensure its success.

Citing the PN government under Tan Sri Muhyiddin Yassin as an example, Liew pointed out that the prime minister does not truly understand how to build a cohesive coalition.

“So today, the prime minister must come down from heaven and beg coalition partners to stay in the coalition.

“Muhyiddin doesn’t understand the art of coalition building, and therefore, Umno wants to leave the coalition. As much as he thinks he can dominate, lord over Umno, it has been a difficult journey for Muhyiddin.

“So everyone, whether you are Mahathir, Anwar, Muhyiddin or any prime minister aspirant, you will have to understand that the job of a prime minister is to build a cohesive coalition and not lord over other people,” he said.

A coalition not just to win elections but to govern

Liew added that once all of the concerned political actors understand this fact, then they can present a new political narrative or configuration.

“So how do we form a coalition of ideas? Coalitions are not just to win elections but should have whole ideas together on how to govern,” he said.

“At the moment, we are still looking at a coalition of parties and have not entered into debating public policy.

“We are still very stuck on race and religion, but the public want to know: What are you going to do to create a better life for me, in terms of my healthcare, corruption, livelihood, women empowerment, security?

While he admitted that public opinion is difficult to gauge, Liew said, in general, Malaysians know what they do not want to see within a new political configuration.

Can broken relationships be repaired?

It is no secret that things are tense within PN of late. Umno’s grassroots have openly rejected any further cooperation with Bersatu, while relations between MIC and PAS are strained.

The Opposition coalition, however, is equally fractured, with camps now split between Anwar and Dr Mahathir.

Collectively, PH under Anwar has the support of 91 MPs. Dr Mahathir comes second with four MPs from his party and another eight from Parti Warisan Sabah. The rest are independent.

Collectively, the Opposition bloc has 108 MPs, while the government has 109 MPs supporting it.

When asked whether the Opposition bloc can ever unite under a single banner again, Liew said he remains hopeful.

“Can Pakatan rise to the occasion with better understanding among ourselves? I hope so.

“DAP and Amanah have continued to argue the points instead of focusing on just Pakatan which is 91 seats. We should look at combing all of the Opposition, which is 108, before talking to others.

“Instead of talking to Umno first, we should talk to everyone in the Opposition, gain 108, and then use the 108 MPs as a starting point.

“Because Amanah and DAP think there shouldn’t be two blocs in the Opposition. There must be a consensus among the 108 to move together as one,” he said.

Going beyond Dr Mahathir and Anwar

However, Liew who is also Johor DAP chairman, admitted that efforts to unite the Opposition have been difficult since the collapse of the PH government following the infamous “Sheraton Move” in February last year.

Since then, both Anwar and Dr Mahathir have openly taken pot shots at each other, with the latterclaiming that the former has rebuffed his reconciliation overtures.

When pressed on their shattered relationship, Anwar reiterated that PH is willing to talk to any party as long as it is committed to reform and takes a strong stance against corruption.

Liew said PH too has to examine its own approach to power, stressing that the focus should not be solely on Anwar and Dr Mahathir.

“It’s not about Dr Mahathir and Anwar. It is about putting together a collective leadership; putting together a set of policies and ideas that resonate with Malaysians; and putting forward a cohort of leaders that have integrity, charisma and the ability to govern,” said Liew.

He then stated that PH has the ability to present a leadership line-up that espouses the aforementioned qualities.