LETTER: PAP will use Chinese media to demonise Chee and paint Murali as angel 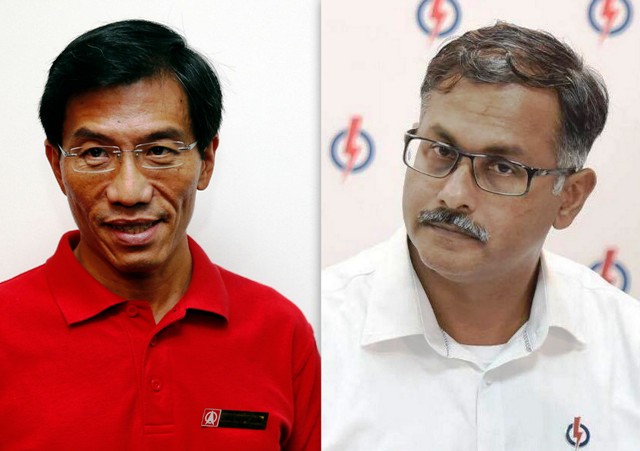 The following is a letter by a reader, Walter W.
—
I saw the videos on the carnival Murali Pillai co-organised with his grassroots for lower-income families in Bukit Batok. Compared to the more factual video report carried by the local English TV channels, the video coverage of Channel 8 goes out of the way to show Murali in a more positive light. The video shows people dancing, singing, smiling, carrying lots of goodies, Murali listening, people talking to him, etc – all that in about 1 minute.
When I saw the videos, I was also reminded about what Chee Soon Juan said in his Facebook, that Wanbao had portrayed him in a less than favourable manner just by their choice of pictures of the two candidates who will be contesting in the constituency.

Both the Channel 8’s video as well as the Wanbao report made me wonder if the PAP has instructed the Chinese media especially to demonise Chee and to paint Murali as an angel. We all know that the PAP (People’s Action Party) controls the only two media companies SPH and Mediacorp, and that they are very paranoid that the Chinese voters will vote for a Chinese candidate.
I suspect that the PAP will use whatever power they have at their disposal to have an unfair advantage over Chee and the SDP (Singapore Democratic Party). I hope the voters in Bukit Batok will not be blind to this and vote with their heart without fear.
—
Video coverage by Channel NewsAsia:

—
Readers may send in your letters to writers@theindependent.sg.Follow us on Social Media