Others also seek clarification while some defend Lim

Singapore—Journalist Kirsten Han asked lawyer and opposition leader Lim Tean on Thursday (Feb 18) on social media whether he will denounce the “blatant racism” on the Abolish CECA Petition Facebook page.

Mr Lim, the People’s Voice party founder and leader, is named as an “admin” of the Facebook page, which is “is full of hateful, racist, and xenophobic rhetoric against Indians”, said Ms Han, who quoted examples in her post.

She drew attention to the young boy who was in the news lately for having gone missing.

The Singapore Police Force tweeted on Wednesday (Feb 17) morning that the 16-year-old had been missing since the previous day, adding a photo of the boy and describing what he was wearing and where he was last seen.

Fortunately, on Friday (Feb 19) morning, the police said the boy had been found.

Netizens had shared the tweet about the missing boy on social media, including on the Abolish CECA Petition group page, in order to help find him. But some commenters speculated on the boy’s nationality and left remarks such as “If ceca son then nvm let it be.”

CECA refers to the Comprehensive Economic Cooperation Agreement (CECA) signed by Singapore and India in 2005 to strengthen bilateral trade which allowed more Indian nationals to come to work in Singapore.

Because Mr Lim is named as an administrator of the Abolish CECA Petition page, the journalist tagged both of his Facebook accounts. 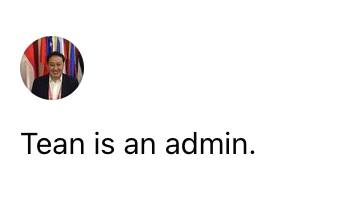 Ms Han wrote, “Lim Tean is an admin of this group, which is proudly identified in the header as a “Peoples Voice project”.

Even if he believes that CECA was a bad treaty and is advocating for it to be scrapped/reconsidered, will Tean Lim denounce such blatant racism? This is not rational debate over policy and politics. This is just straight-up hatred and prejudice.”

A netizen by the name of Michael Fang answered Ms Han on her post, explaining that Mr Lim is not an administrator of the Abolish CECA Petition group page.

Ms Han then asked for a clarification on the matter, writing that clicking on the admin for the group leads to one of Mr Lim’s actual Facebook accounts.

Other commenters likewise asked for clarification from Mr Lim, while others defended the People’s Voice leader.

In the past, Mr Lim has made his stand against CECA clear, to the point of starting a petition calling for the agreement to be abolished and for the government to return the “S$2,400-jobs” to Singaporeans first.

TISG reported in August last year that Mr Lim described CECA as a “one-way street”. Many consider it a significant component in the increasing number of foreign PMETs (professionals, managers, executives and technicians) in Singapore.

The following month, he wrote a Facebook post urging the public to “immediately stop describing foreigners who come to work in our country as foreign ‘talents,‘” noting the term should be rarely bestowed.

“Historians will only rarely bestow the word ‘great’ on someone who has been a transformational figure and changed the world,” Mr Lim added. He gave a few examples of “Greats” such as Napoleon, Peter the Great or Winston Churchill.

“For the same reason, we should immediately stop describing foreigners who come to work in our country as foreign ‘talents,’” Mr Lim continued. He noted how this was a term used by elites and mainstream media as a “clever ploy and euphemism to mask the horrendous number of foreigners” in Singapore allowed to earn a living.

Lim Tean starts petition to abolish CECA; to be submitted to Parliament