The Independent Singapore News
Home News Featured News Ex-air stewardess says she already felt like she was unemployed before being... 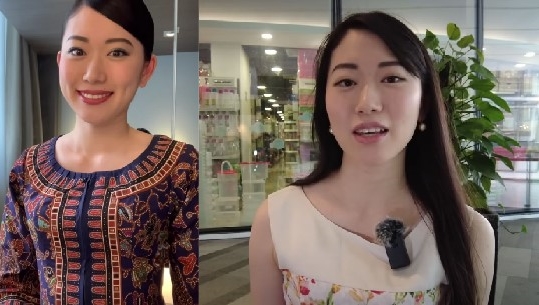 According to insiders, SIA tried its hardest to save jobs even though the COVID-19 pandemic decimated the air travel industry. In September last year, it finally decided to axe around 2,400 crew members.

Japanese national Aoi was one of the many air stewardesses whose jobs were cut in September. She, however, revealed that she felt like she was already unemployed even before the retrenchment was announced.

Aoi told her viewers that work was already few and far between by September and that she had only gone on two flights from March to September 2020. Revealing that she stayed home the rest of the time aside from these work trips, Aoi said: “I felt like I was [already] unemployed.”

On 10 September, Aoi received an email for SIA asking her to visit the office. The email did not make any mention of retrenchment.

Although news of the airline’s plans to axe jobs was already circulating, Aoi visited the office five days later with a faint hope that that she might be one of those who was able to keep her job.

Instead, Aoi was retrenched. She revealed that she was among a group of 20 to 30 staff who were gathered in a hall and jointly informed of their dismissal.

The young woman, who is in her late twenties, recalled that SIA apologised for having to “let go of [their] dedicated and valuable employees”. The staff were then asked to check their contracts and return their employee ID cards to the airline.

Aoi recounted that all the staff who were dismissed remained professional despite receiving bad news. She said: “No one was crying or upset. Everyone was dealing with it maturely.”

Although Aoi said she “of course was sad” that she lost her job, she expressed gratitude to SIA for holding off on retrenchments until September unlike other airlines that axed jobs as early as May 2020.

SIA could not guarantee retrenched employees their jobs back, Aoi said that she is more likely to reconsider rejoining the airline if they begin rehiring in one or two years’ time since younger women are preferred for the role and it may be too late for Aoi to rejoin the firm in three of four years’ time.

Aoi, however, does not need to worry about job prospects for the time being. She managed to snag a new job in Singapore, which she plans to keep for the next few years. She told her viewers that she is looking forward to trying something new.

Watch her video in full here: