CEO of S.League is Ex-SAF Chief of Artillery earning big salary in FAS 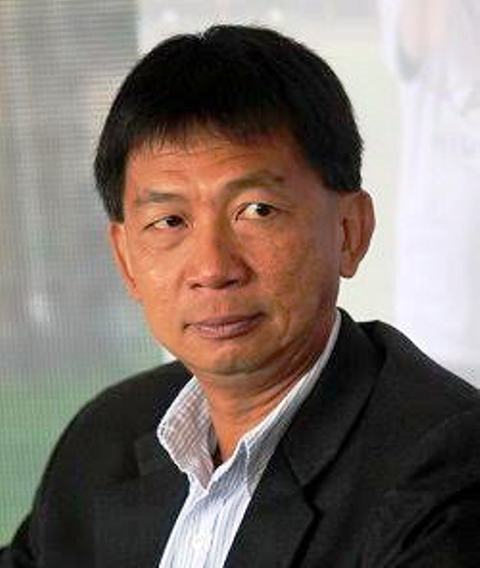 It was earlier reported that while FAS was only willing to spend $70,000 on local football tournaments and community development, it was more than happy to spend $1.6 million on the salaries of its key management personnel (https://theindependent.sg.sg/fas-spends-70k-on-community-football-but-1-6m-on-salaries-of-key-personnel).

One of its key management personnel is COL (NS) Lim Chin. He is currently the CEO of S.League:

According to FAS, COL (NS) Lim was appointed as CEO of its S.League in 2012. It was disclosed that COL (NS) Lim is formerly the Chief of Artillery in the SAF.

At his appointment, COL (NS) Lim told the media, “I am honoured to join an organisation that has gained recognition and stature both regionally and internationally, and I hope to continue the good work done by outgoing CEO Winston Lee and his team.”

Winston Lee did not leave the FAS but was promoted to become its current General Secretary.

COL (NS) Lim added, “Going forward, I will be working closely with my team to devise the S.League Strategic Plan which will bring us to the next level.”

“I look forward to meeting and working closely with our stakeholders including FAS, club chairmen, sponsors, advertisers, media, volunteers and fans as we aspire to raise the standard of our professional league,” he promised.

Two years later in 2014, COL (NS) Lim found himself in the news when a leaked dialogue which was put online, exposed a tongue-lashing incident between him and S.League players from Tanjong Pagar United.

In the meeting, when the players challenged the contribution of the chairman of their club as well as questioned COL (NS) Lim, Lim then exploded:

Later, the media approached Lim for comments over the incident and he explained, “It just hurt me to find that the players, in such a big forum and in front of everyone, were questioning Edward’s (chairman) role and what he has done for the club.”

“So, at that moment, I felt that I couldn’t sit down and let this continue,” he added. “My tone was a bit loud but, certainly, I think we empathised with the players who were affected.”

Netizens were criticising him for his tone and choice of words in the exchange. Many think that he has too much SAF baggage with him. One netizen commented, “He talks to people like he got the power to send them to DB (detention barrack).”

Another said, “In other leagues, the millionaire footballers will tell him to go f**k himself and know his place.”

It’s not known if COL (NS) Lim, as CEO of S.League and part of FAS key management team, is also one of the 3 earning big salary in FAS. Most of the FAS revenue, of course, comes from the generous donations of Tote Board – money from Singaporean punters of 4D, TOTO, Singapore Sweep, sports betting and horse racing.Follow us on Social Media