The Independent Singapore News
Home News Featured News Will Kee Chiu follow in the footsteps of Pinky and Woody?

Will Kee Chiu follow in the footsteps of Pinky and Woody? 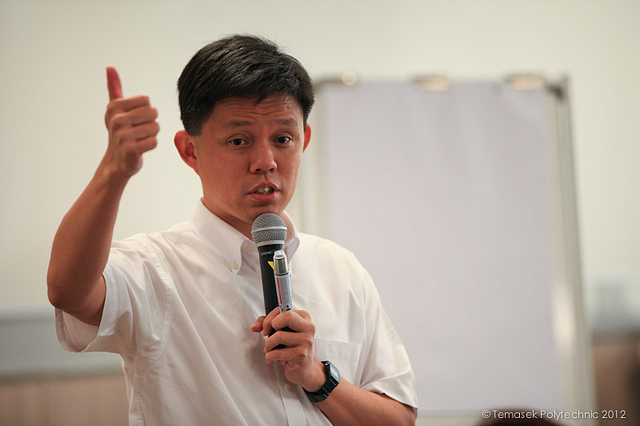 It’s still up in the air as to who gets to be the next Prime Minister. So while the waiting goes on, we might as well entertain the intriguing possibility that destiny plays a part, that the stars could be aligned with the one with a nickname to go with the title of PM.

The three Prime Ministers of Singapore so far have all got nicknames.

Goh Chok Tong is Woody, ever since LKY called him “wooden” and even suggested that he might have to see a psychiatrist about it.

As for PM Lee Hsien Loong, given his penchant for pink, the nickname Pinky came rather naturally. It is certainly the most colourful of the three nicknames, and one that he has not failed to live up to.

Of the three reputed front-runners to be PM – Heng Swee Keat, Chan Chun Sing and Ong Ye Kung – only one has a nickname to boast of.

Chan has been dubbed Kee Chiu following his early speeches when he asked the audience to Kee Chiu (Hokkien for raise your hand), a carry-on from his army days.

So for Kee Chiu to succeed Pinky, who succeeded Woody, who succeeded LKY, it would be simply carrying on the tradition. It may be an even more reliable gauge than reading the tea leaves. But Heng does mean ‘lucky’ in Hokkien so will luck triumph over destiny?

Besides the PMs, at least one Minister also has a flamboyant nickname – Lim Swee Say (who by the way has been rather quiet of late) is dubbed Zorro ever since he wore a Zorro outfit at a SingHealth Nurses’ Day celebration.

A Member of Parliament, Tin Pei Ling, has found it hard to shake off her derisive nickname Kate Spade – the result of her striking a cute pose with her designer handbag, a pose which went viral.

In this part of the world, the politician with the most swashbuckling nickname is surely President Rodrigo Duterte of the Philippines. Given his cold-blooded approach to fighting crime, he is known as The Punisher or Duterte Harry – fashioned after the detective “Dirty” Harry Callahan, the character played by Clint Eastwood.

Nicknames often cut to the core and should not be scoffed at. You might recall that when PM Lee fainted during the televised National Day Rally in 2016, it was one of those very rare occasions when he wore a blue shirt.  So who can blame him for sticking to what works best for him – flamingo pink. Just don’t expect to see him in blue this Lunar New Year season.Follow us on Social Media