Featured News Why are there so many “elderly” homeless?

Why are there so many “elderly” homeless? 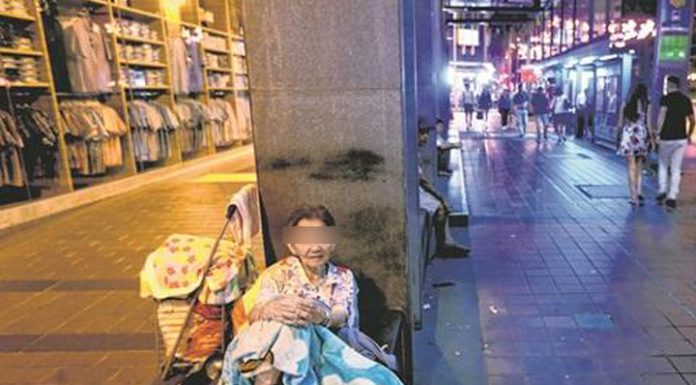 I refer to the article “Restaurant owner gives out blankets to those sleeping on Chinatown streets as cool weather continues” (Straits Times, Jan 13).

It states that “Since last Thursday (Jan 4), the restaurant owner has been giving out blankets to those sleeping on the streets, mainly in mature estates such as Tiong Bahru, Redhill and Toa Payoh.

He estimated that he has given out more than 100 blankets so far. They cost around $10 per piece.

In the early hours of a rainy Saturday morning (Jan 13), The Straits Times followed Mr Ng, 44, on his solo mission to do good. In about an hour, he delivered nine blankets in Chinatown to mostly elderly men.

Some of them lie on benches and reclining chairs, while make do with a piece of cardboard on the ground.

One of them was carpenter and odd-jobs worker Chua Yong Sia, 61, who has been sleeping on the streets in Chinatown for the last three to four years. He said there are about 10 to 20 people sleeping in the area every day.”

Why is it that one of the richest countries in the world (according to the International Monetary Fund (IMF)) with the highest Budget surplus per capita in the billions almost every year – have so many homeless who are elderly?

Well, arguably – it may be our “not so compassionate” public housing rental policies which may be contributing to this homelessness.

You may like to try this out and experience it for yourself – when you see a homeless person – call the ComCare hotline 18002220000 (you can see posters all over Singapore encouraging you to call when you come across a needy person).

What typically happens next is that the homeless person may be placed in a homeless shelter.

But, generally – the stay in a homeless shelter cannot be indefinite, and is subject to regular review – every three or six months typically.

So, some of the homeless end up homeless again, and their arguably, only long term housing solution is to rent a HDB 1-room rental flat.

But the requirements (which I understand has not changed for decades despite inflation) are that two single men of age at least 35 years old must somehow find each other, and their combined monthly income cannot exceed $1,500.

If you are lucky enough to find another homeless roommate whom you think you can live with – it may be quite difficult to meet the combined monthly income criteria.

Do you agree that such “not so compassionate” policies may need to be reviewed?