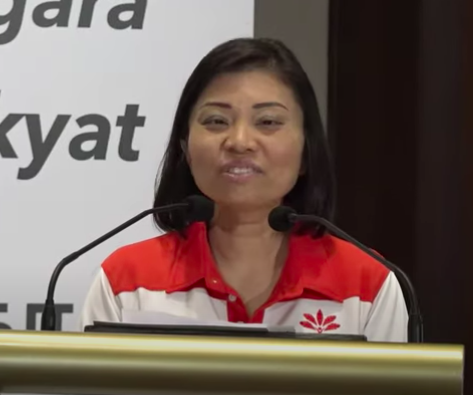 One of the questions posed to panellists on the Progress Singapore Party’s first-of-its-kind webinar on Thursday (May 21) was on how it planned to help low wage workers such as cleaners and gardeners.

The person who posed the question pointed out that the income of these people had mostly remained stagnant, without factoring in inflation, so they can barely take care of themselves, let alone support their families.

PSP vice-chairman Hazel Poa said: “We do have certain minimum wage schemes in place. It’s called the progressive wage model, which is applicable for three industries — cleaners, security guards and the landscape sector. But the problem is that the salary level that is now fixed is still rather low. So PSP, we will push for a higher salary level, higher minimum wage and also to extend this minimum wage model to more sectors instead of it being limited to these three.”

Noting that there is a Workfare Income Supplement (WIS) Scheme, Ms Poa said that under the Progressive Wage Model, the employers pay, but under WIS, taxpayers pay. Under WIS, the Government tops up the salary of those lower wage earners but, she said, the trouble with this scheme is that the amount is too little and a lot of it goes into the CPF account.

So, the PSP will be pushing for a higher payout and for more of it be in cash, rather than it mostly going into CPF.

On another question seeking the party’s view on the economy’s reliance on foreign labour, Ms Poa noted that there were currently 1.4 million foreign workers in Singapore.

She said: “This is a large number and we let them in for the purpose of economic growth. But pursuing economic growth by bringing in large numbers of workers brings with it a lot of other problems and costs, even before this Covid-19 crisis we have now.”

“For example, having this steady supply of cheap foreign labour disincentivises employers from pursuing productivity growth because they don’t have the incentive to invest in equipment or processes that will bring in the growth in productivity,” she said. Secondly, it also depresses the wages of locals.

Ms Poa said that having all of this additional population pushes up demand for housing, transport, goods and services in general, thereby pushing up prices and contributing to the increase in the cost of living … “Our social fabric is strained. There are a lot of costs that we are paying that affects our quality of life.”

She added that we cannot continue to keep cramming as many workers as we possibly can into our little red dot.

Ms Poa added that the Covid-19 crisis might be the kick that we need to push “us into finally restructuring our economy. We need to stop this easy supply of cheap foreign labour and force employers towards taking advantage of developments in artificial intelligence,  investing in further automation and to reduce the need for labour. And that’s when we can actually move to a higher wage model.”

The full MeetPSP Session video can be seen here: