Two years after appeal to Minister Masagos to stop Peace Centre from turning into another prostitution hub, problem continues 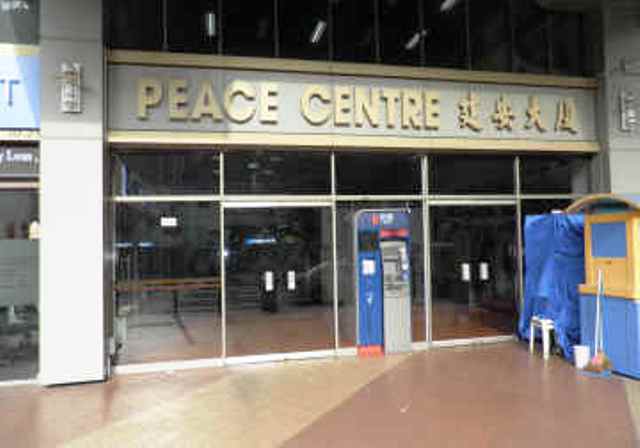 In 2014, TREmeritus published a letter sent to Masagos Zulkifli Bin Masagos Mohamad alleging that Peace Centre is fast becoming another prostitution hub like Geylang. The letter writer Begum Abdul Rahma claimed that lawlessness was a norm at Peace Centre especially at night, and that the police dare not bring crime rates under control in that area.
The letter-writer said:

Salam and I would like to feedback of the not-so-peaceful, Peace Centre and its rowdy/sleazy activities taking place with your ministry licensing permit.

My relative who lives across the street and runs a provision shop in the centre, runs her store literally with fear. In the daytime, anyone who passes by the place could never have imagined that come nightfall, the place effectively turns into a “second Geylang” with rampant coyotes, drugs and the likes of gangsters pitting for influence/control over the scene.

Lawlessness is the norm and order of the night with police not daring to bring crime rates there under control. Rioting with damages to property, blatant smoking in prohibited spots, open selling of controlled and sex enhancement drugs are all but a common and frequent sight. The toilets hygiene standards are also severely lacking.

We knew there were some ongoings but only realised the magnitude of the problem when we went there to unload some goods that had arrived for our store in the middle of the night. Thank goodness nothing bad happened to us as we were in Hijab but I could see that decent folks would avoid the place for fear of sexual harassment.

I had also previously thought that the zone comes under the exclusive “no alcohol zone” and thus wonder how can this still take place? This is also where diplomat Silviu Ionescu would patronise call-girls after getting intoxicated, causing the infamous “2009 Romanian Diplomat Incident”.

In view of the worsening situation, I hope you can instill measures to prevent this part of CBD from turning into another hopeless Jln Suka. Thank you.

Madam Begum may have not exaggerated with her claims about Peace Centre turning into another prostitution hub and about the operators of the sleaze centres there becoming increasing bold. Prostitution dens masquerading as SPAs have propped up in the mall and some have even taken to Facebook to advertise their services.

One such ‘SPA’ is the Wellness SPA at Peace Centre. It boldly advertised its sex services in Facebook.

It even warned its customers to lay low when the Police were conducting massive raids in the premise.

The ‘SPA’ later advised its customers that they have resumed normal business.

The sleaze centre’s Facebook has since been deactivated, but a cached file is still viewable here: http://bit.ly/2egrQag. An ACRA search shows that the business, Wellness Space Pte Ltd, is still active.Follow us on Social Media