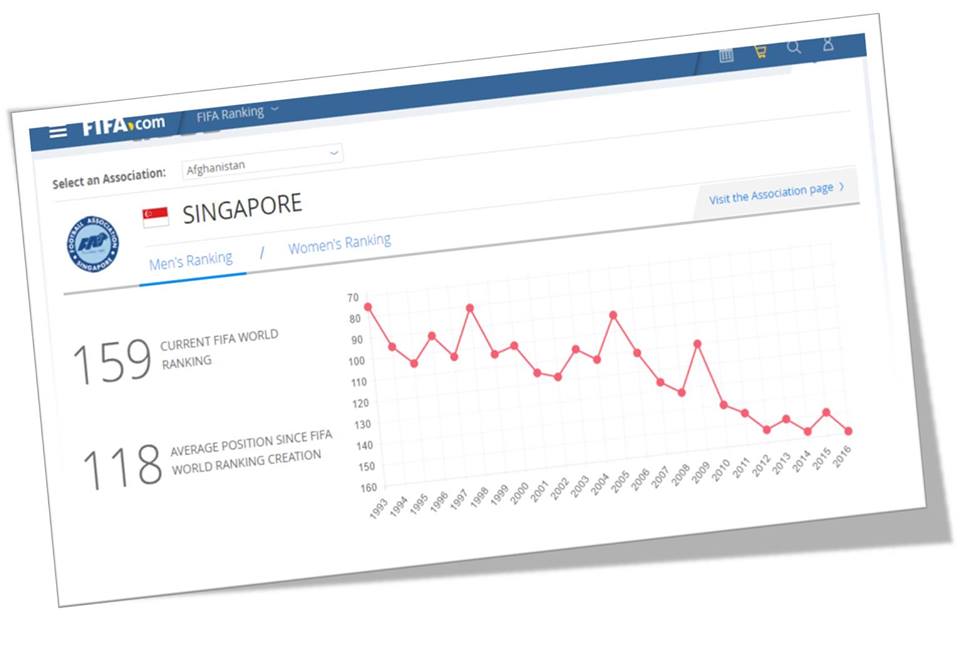 Here are the presidents of the Football Association of Singapore (FAS) in those years:

Plain as day that we have been appointing the wrong people to the FAS.

*Singapore’s worst-ever ranking was 165.Follow us on Social Media