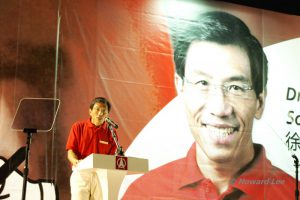 This opinion piece is part of the Silver Lining Series written by members of the Council of Asian Liberals and Democrats (CALD), an organization of liberal and democratic parties in Asia, to celebrate its 25th Anniversary this 2018.

For decades, Asian values, under the guise of Confucianism, have been used by the region’s autocrats to ward off criticisms, mainly from the West, about their undemocratic ways.

Its most artful proponents are Singapore’s former prime minister, the late Lee Kuan Yew and Malaysia’s Dr Mahathir Mohamad during his first stint as the country’s leader.

With the region in the thrall of dictatorships – from Korea’s Park Chung Hee in the north to Indonesia’s Suharto in the south – there seemed to be a seductive ring to the uniqueness of the Asian political culture.

But there is nothing quite like a few revolutions, mainly peaceful ones, to debunk the nodemocracy-please-we’re-Asians theory.

The extent of reform may be limited, as in the instance of Myanmar, or has backslid, as in Thailand. But the trend towards democratic change has been unmistakable.

The most recent example is, of course, Malaysia where after 61 years of one-party rule, Malaysians staged a revolt of their own and sacked the Barisan Nasional government.

So, have Asian peoples jettisoned Asian values and adopted Western ones? Of course, not. Remember that for the better part of the last two centuries, much of Asia toiled under the subjugation of Western colonialism where the concepts of freedom and universal suffrage were as alien as the languages imposed on the natives.

The truth is that, regardless of the part of the world they inhabit, man has always sought to lord over his fellow beings. But it is just as ineluctable that the masses will, at some point, rise up to show despots the boot and claim their freedoms.

To avoid sounding simplistic, however, let me point out that the factors contributing to the demise of autocratic regimes in Asia are varied. Distressed economic conditions in the Philippines and Indonesia contributed massively to the overthrow of Ferdinand Marcos and Suharto. In Taiwan and South Korea, it was the burgeoning educated middle-class that grew intolerant of the oppressive military regimes.

Even so, these revolutions were not a result of spontaneous combustion. There were years of relentless campaigning and sacrifice by individuals who saw the need for change and, more importantly, found the courage to stand up and rattle the authoritarian cage.

Regional organizations like the Council of Asian Liberals and Democrats, a body comprising political parties (both ruling and opposition) committed to advancing democracy in Asia, have been keeping freedoms agenda on the front burner.

Again, take the most recent case of Malaysia. Those who cried reformasi and fought corruption and abuse of power did not just surface during the historic elections this year.

It was a struggle that spanned two decades, one which saw the opposition leaders and activists harassed, humiliated and jailed. In the end, like in the other countries, the democrats prevailed.

The mother of all ironies is that it was Dr Mahathir, the leader of the insurgency that toppled Mr Najib Razak, who wrote in 1995 that Asia’s rejection of democracy came from the “Eastern way of thinking”.

Singapore’s Prime Minister Lee Hsien Loong, unwilling or unable to read history, continues this charade. In a recent interview with CNN’s Christiane Amanpour, he denies that his administration is repressive. Politics in Singapore, he insists, is the way that it is because Singaporeans voted for it.

Of course, he did not mention that he had to change the rules for the presidential elections so that only his party’s nominee qualified as a candidate. There are elections and there are free and fair elections.

The not-so-hidden message for autocrats and democrats alike is that the mood in Asia has irrevocably altered. The idea that democracy is ill-suited to the Asian mind has been exposed for the propaganda that it is.

No wonder, the fight for democracy is alive and well.

Chee Soon Juan is the secretary general of the Singapore Democratic Party and former chairperson of CALD.  A vocal opponent of the ruling People’s Action Party (PAP) – which has held power since 1959 – he has been sued and bankrupted by Singaporean prime ministers, past and present.